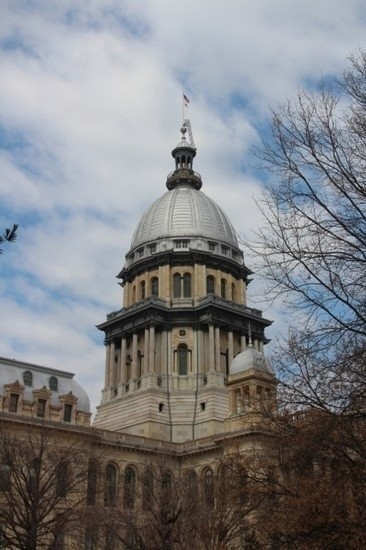 Springfield, IL - A stalled gay marriage bill in the Illinois House of Representatives has the votes to clear the chamber, supporters of the legislation say.

The bill, approved by the Senate on Valentine's Day and a House panel in March, has the support of Democratic Governor Pat Quinn, leaving only a vote in the House standing in its way to becoming law. But with only days left in the regular legislative session, backers have announced that they have the votes and expect the vote will take place sometime next week.

"There's exactly one week left in the legislative session," Illinois State Rep. Greg Harris, the measure's Democratic champion in the chamber, said in a statement. "And let me make one thing clear: In the next seven days, we can – and we will – secure the freedom to marry."

Bernard Cherkasov, CEO of Equality Illinois, told ChicagoPride.com that he was confident the bill would pass.

"The votes are indeed there. And I believe the bill is going to pass, but we've received no indication yet on when the bill would be called," he said.

The decision to call the bill for a vote belongs to Harris, who shepherded the state's civil unions law through the chamber two years ago.

Passage in the House requires 60 votes. Democrats have 71 members in the chamber and two Republicans have pledged their support for the bill.

If the marriage law is approved, Illinois would become the 13th state to legalize such unions and the fourth this year.