Advocates: Votes are in place for Illinois marriage equality bill 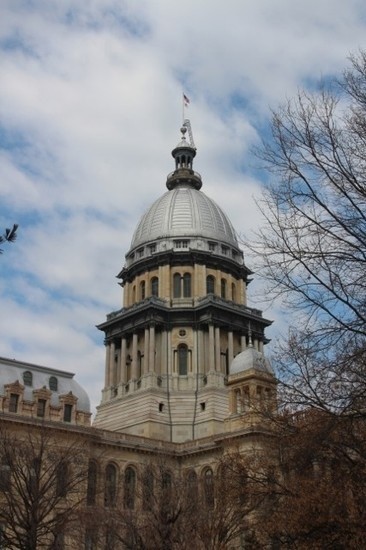 Springfield, IL - Supporters of SB10, or the Religious Freedom and Marriage Act, say they have the support they need to call a vote before it expires May 31.

The legislation's sponsors and the Illinois Unites for Marriage coalition, which has been lobbying for its passage, have been reluctant to call a vote until they've been assured of at least 60 votes in the House—and now they say those votes are in place.

That means a vote is highly likely this week or next. "The votes are, indeed, there," Bernard Cherkasov, CEO of Equality Illinois, told ChicagoPride.com. "And I believe the bill is going to pass, but we've received no indication yet on when the bill would be called."

James Bennett, Midwest Regional Director for Lambda Legal, said the coalition lobbying for the bill is now focusing on being ready when the vote actually takes place. He speculated that the House would not be saving this particular legislation for last—the last few days of a session are usually reserved for complicated budgetary measures.

"Who would have thought that a marriage bill would be easy when you compare it to a pension bill?" Bennett said.

Supporters last week acknowledged that they'd largely wrapped up a number of their lobbying activities. Cherkasov said Thursday that the coalition had done "everything it's supposed to do."

Steve Brown, a spokesman for House Speaker Michael Madigan, said that the final decision on when the bill comes up for a vote is in the hands of the legislation's sponsor, Rep. Greg Harris (D-Chicago). "When he is confident the votes have been secured, he will let the Speaker know," Brown said. "The Speaker wants to see this happen."

"When it goes up on the board, it will go up with the necessary number of votes," Harris told ChicagoPride.com Thursday. "Every hour and every day, people are realizing that this is the right thing to do. I think people are searching their souls, especially after what happened in Rhode Island, Delaware and Minnesota."

Harris told Windy CIty Times on Tuesday that he is "absolutely" ready to call for a House vote on the bill within in the next ten days.

A community meeting about the vote is scheduled on Wednesday, May 22, at the headquarters of the Chicago Urban League, 4510 S. Michigan Ave., at 5:30 p.m. The meeting is being coordinated by Illinois Unites for Marriage.