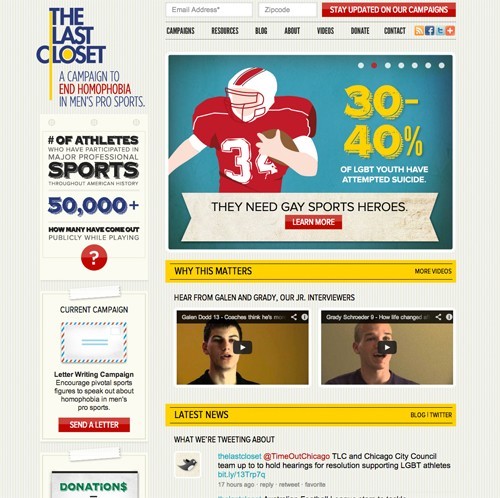 Chicago, IL - The Chicago City Council is expected to vote on a resolution Wed., May 8 that encourages the Commissioners from major sports leagues to support their gay players, invite them to come out and to ensure their safety. The measure passed unanimously at the Human Relations Committee on Tues., May 7.

Alderman Joe Moore (49th), who introduced the resolution on April 10, was joined for a public hearing by Fawn Yacker, project director of The Last Closet, a San Francisco-based campaign dedicated to fighting homophobia in professional sports.

More than a dozen people, including ESPN.com writer Christina Kahrl and MMA fighter Fallon Fox, testified before the committee.

The resolution in support of LGBT professional athletes asks the commissioners of the five major sports to invite their players to come out and provide safety nets for them once they do.

"We ask that they make these statements on camera," Yacker told ChicagoPride.com. "Visibility is the key to breaking down the underpinnings of anti-gay behaviors."

Only one league commissioner, Gary Bettman of the National Hockey League, has publicly welcomed gay athletes within the NHL to come out if they choose to do so. In light of Jason Collin's announcement last week, Yacker said that it is vital that the other four league Commissioners prepare for the inevitability of more players coming out.

If passed, Chicago would become just The Second City to declare its backing for LGBT athletes. San Francisco was the first in October 2002.

Learn more about The Last Closet at www.thelastcloset.org.