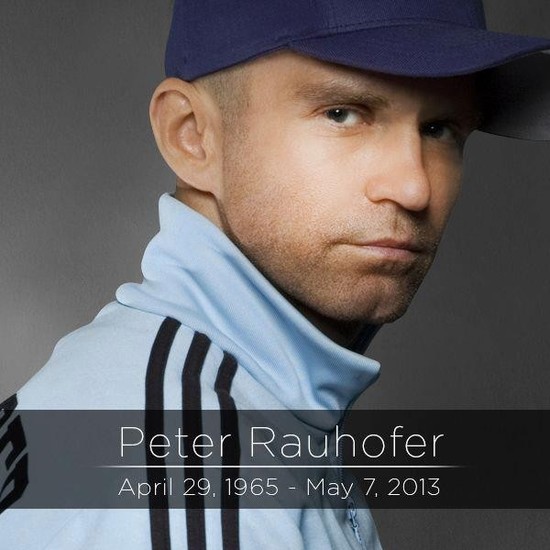 New York, NY - Internationally known DJ, remixer, producer and label owner Peter Rauhofer died of a brain tumor today at 48. He had been diagnosed with the tumor in April after suffering a seizure.

"Through his music, Peter will live forever," notes the obituary on his Facebook page.

Based out of New York City, Rauhofer hailed from Vienna, Austria, and was the owner of the Star 69 label.

Rauhofer remixed the works of Annie Lennox, Depeche Mode, Britney, Kylie Minogue, Cher and Madonna. He garnered the 1999 Grammy Award for Remixer of the Year and won a Grammy in 2000 for his rework of "Believe".

While Rauhofer traveled the world over, his presence in Chicago was limited with his last appearance here back in 2007, but he still had numerous fans and admirers in the Windy City.

"He was a masterful creator of iconic music and remixes that transcends every audience and taste," said DJ Matthew Harvat, owner of Chicago-based Circuit MOM Productions. "There are very few artists I put at the top of the DJ/Remixer pedestal, but when you have lead the way consistently for so long, even the word 'legendary' pales to the actual meaning of what Peter has given to the dance music scene and his loyal fans. He is truth."

Rauhofer is survived by his mother, Helga, who lives in Austria. "She will transport Peter back home to his final resting place there," notes the obituary, "but to all that knew Peter, his heart will always be in New York City."