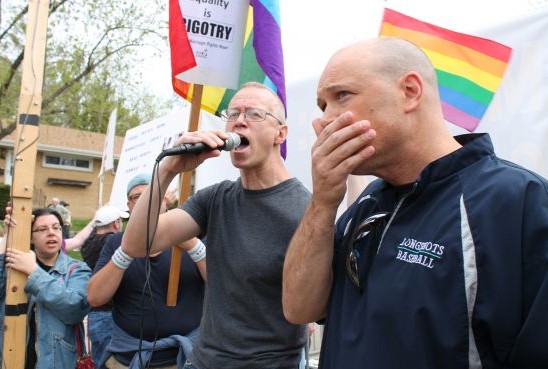 photo credit // kate sosin/windy city times
Downer's Grove, IL - Anti-gay protesters in Downers Grove more than doubled LGBTs and allies at a rally outside Rep. Ron Sandack's office May 4, but the Republican told crowds that his vote on the state's equal marriage bill was a firm "yes."

More than 200 rallied against SB10, which would legalize same-sex marriage, in a demonstration organized by the Illinois Family Institute (IFI), an anti-gay group working against the bill.

The demonstration was the third face off between opposing sides in three weeks.