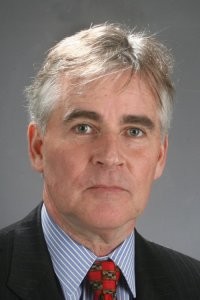 Topinka: 'He's on the right side of history, for God's sake.'

Springfield, IL - Illinois Republicans canceled a Saturday meeting where the future of party Chairman Pat Brady was to be discussed.

Seven members of the Republican State Central Committee, including anti-gay state Sen. Jim Oberweis of Sugar Grove, organized the special meeting scheduled for Saturday to vote Brady out after he voiced his support for same-sex marriage legislation.

"He's on the right side of history, for God's sake," Topinka told the Daily Herald Tuesday. "For me, it's being a total conservative that you're really pushing family values. Gay marriage is a very conservative thing. Family is (one of) the building blocks of a community."

"These folks all know that Brady is on the right side of history and if the Republican Party is to grow it has to get rid of the perception that it is anti-gay, anti-woman and anti-immigrant," said Garcia.

Every major newspaper serving Illinois, including the Chicago Tribune, the Chicago Sun-Times, the Daily Herald, the Peoria Journal Star, the Springfield Journal-Register, the St. Louis Post-Dispatch and the Quad City Times, has endorsed a marriage equality bill which awaits a vote in the Illinois House.

"It's time for Oberwies to milk a different cow," joked Garcia.

If approved, Illinois would become the 10th state to legalize same-sex marriage.