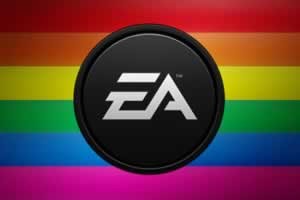 EBay, Electronic Arts, Thomson Reuters and Marriott International are among the companies calling for the legislative repeal of the Defense of Marriage Act (DOMA).

DOMA is the 1996 law which prevents federal agencies from recognizing the legal marriages of gay and lesbian couples, thereby denying them over 1,100 federal benefits and protections enjoyed by heterosexual married couples.

The coalition of Fortune 500 companies is calling on lawmakers to approve the Respect for Marriage Act, which would repeal the law and recognize all legal marriages for federal purposes.

The Supreme Court will hear a case challenging the constitutionality of DOMA in March.

However, New York Rep. Jerrold Nadler, who first introduced the repeal measure in the House in 2009, has argued that legislative repeal is needed even if the court strikes down the law.

"We need to pass the Respect for Marriage Act because its certainty provision would enable legally married same-sex couples to receive federal recognition no matter which state they move [to]," Nadler said.

That "certainty provision" gives gay couples greater flexibility by guaranteeing that the federal government will recognize their marriages even if they live in a state where it is not legal.

"We are proud to join the HRC and our coalition in supporting this important initiative that reflects Thomson Reuters own principles and policies on diversity, inclusion, fairness and equality," Patsy Doerr, head of Diversity & Inclusion at Thomson Reuters, said in a statement.