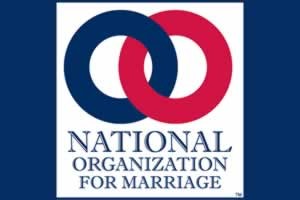 The Human Rights Campaign (HRC) on Thursday predicted the demise of the National Organization for Marriage (NOM), the nation's most vociferous opponent of gay marriage.

In a
post titled National Movement Opposing Same-Sex Marriage Is Done, the nation's largest LGBT rights advocate wrote: "HRC is highlighting a new milestone in the march toward full marriage equality: the fall of the empire opposed to same-sex marriage."

NOM burst on the scene in 2007, mounting a successful campaign to repeal marriage equality in California. It the years since, it has thwarted gains in several states, including New Jersey and Minnesota, helped repeal a law in Maine and backed a constitutional amendment in North Carolina.

HRC notes that groups which have traditionally opposed such unions, including Republicans, African-Americans and Latinos, are reversing course.

"Opponents' financing is drying up," HRC added. "They were outspent almost three to one last year, $12 million to $34 million in the campaigns."

"NOM promised, for instance, that it would spend $2 million to defeat the four Republican State Senators in New York who backed the legislature's same-sex marriage bill in 2011. NOM then backpedaled, saying it would spend $250,000 in the primary fights. According to NOM PAC NY's campaign finance reports, it only raised $45,000 and only spent $40,000 in 2012 – nowhere near what it claimed it would spend."