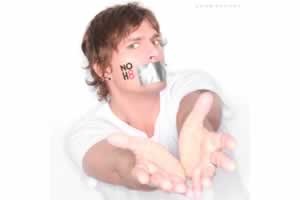 The 40-year-old Thomas, also an accomplished solo artist, is photographed in a white shirt with his hands outstretched forward.