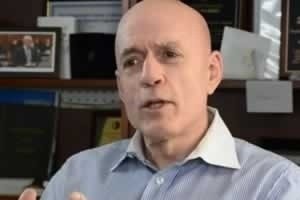 "The timing is right for us to push this," said Harris.

Harris and Steans, the chief House and Senate sponsors of The Religious Freedom and Marriage Fairness Act (House Bill 5170), held a joint conference call Thursday, according to the Crain's Chicago Business.

"We think we can get this done in January," said Steans.

Gay rights advocates continue to work with legislative leaders to secure the necessary votes for a January 2013 vote.

"We have been working tirelessly within communities throughout Illinois and continue our aggressive campaign in securing the necessary votes to bring this bill up as soon as possible," stated Rick Garcia, Director of the Equal Marriage Illinois Project and Senior Policy Advisor of The Civil Rights Agenda (TCRA). "When the 60 votes in the House and the 30 votes in the Senate are there, we will call the bill."

"We are dedicating our efforts to leaving no stone unturned in helping them to reach that goal," said Bernard Cherkasov, CEO of Equality Illinois.

On May 30, Lambda Legal and the ACLU of Illinois each filed lawsuits representing a total of 25 same-sex couples from across the state of Illinois seeking the freedom to marry. Two days later, the Illinois Attorney General's office filed papers agreeing that barring same-sex couples from marriage is unconstitutional. The Cook County Clerk and States Attorney also agree that the marriage ban is unconstitutional.

"By bringing the marriage bill to a vote, Rep. Harris and Sen. Steans have brought hope to thousands of same-sex couples across Illinois," said Camilla Taylor, Marriage Project Director for Lambda Legal.

Whether through the courts or through the legislature, gay marriage advocates said that the time is now for marriage equality in Illinois and a poll released last week indicates Illinois voters agree.

According to the poll run by Public Policy Polling, Illinois voters think same-sex marriage should be allowed by a 47/42 margin. The numbers were 58 percent for and 37 percent against among Illinois voters under 45.

Nine states and the District of Columbia have legalized gay marriage with only three of the states - Maine, Maryland and Washington - approving same-sex marriage through popular vote.