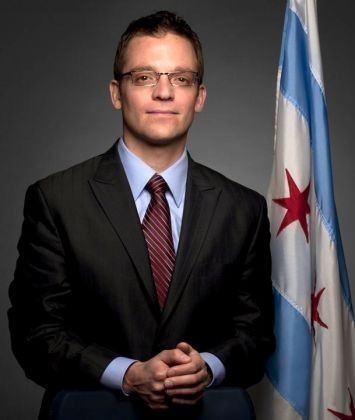 Chicago, IL - Pressures from Alderman Proco "Joe" Moreno have resulted in an internal company declaration by Chick-fil-A that they will no longer fund anti-gay organizations, according to a press release from The Civil Rights Agenda (TCRA) just before midnight on Tuesday.

"Alderman Moreno has confirmed that Chick-fil-A will no longer give money to anti-gay organizations and that they have clarified in an internal document that the company will treat every person equally, regardless of sexual orientation," stated the release.

The Atlanta-based fast food chain raised the ire of the LGBT community this past summer when revelations it had made large contributions, estimated at over $5 million, via the WinShape Foundation to groups that oppose same-sex marriage. Gay protests were followed by support gatherings by anti-gay marriage groups and an appreciation day initiated by former Arkansas Governor Mike Huckabee.

"This is a win for the LGBT community," Moreno said in a statement. The concessions conclude 10 months of negotiations with the company by Moreno, who was advised by TCRA. Moreno said that he would reverse an earlier decision to block a Chick-fil-A location in his Northwest Side ward.

TCRA said that a letter addressed to Moreno and signed by Chick-fil-A's Senior Director of Real Estate, stated, "The WinShape Foundations is now taking a much closer look at the organizations it considers helping, and in that process will remain true to its stated philosophy of not supporting organizations with political agendas."

WinShape, a non-profit funded by Chick-fil-A, has donated millions of dollars to anti-LGBT groups, including some classified as hate groups, such as Focus on the Family and the National Organization for Marriage. In meetings the company executives clarified that they will no longer give to anti-gay organizations.

"We are very pleased with this outcome and thank Alderman Moreno for his work on this issue," said TCRA executive director Anthony Martinez. "I think the most substantive part of this outcome is that Chick-fil-A has ceased donating to organizations that promote discrimination, specifically against LGBT civil rights."

Additionally, Chick-fil-A has sent an internal memo to franchisees and stakeholders that states that as a company, they will "treat every person with honor, dignity and respect-regardless of their beliefs, race, creed, sexual orientation and gender" and that their "intent is not to engage in political or social debates." This statement was placed into an official company document called "Chick-fil-A: Who We Are."

"Although we are encouraged by their internal statement, we would still like for the company to adopt an anti-discrimination policy at the corporate level," said Rick Garcia, TCRA policy advisor. "It is one thing for a company to say they respect everyone they serve and employ, it is quite another for them to put that into their policies and demand that all employees adhere to that behavior. It takes time to change the culture of any institution and steps like a corporate policy ensure that progress is made."

Chick-fil-A officials have not responded to requests by ChicagoPride.com for comment.