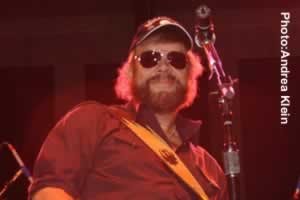 "We've got a Muslim for president who hates cowboys, hates cowgirls, hates fishing, hates farming, loves gays, and we hate him!" Williams said Sunday during his performance at the Stockyards Music Festival in Dallas, Texas.

According to The Dallas Morning News, the crowd responded with a "loud but less-than-unanimous" cheer.

The 63-year-old Williams, whose nickname is Bocephus, also mocked "queer guitar pickers" in the middle of All My Rowdy Friends Have Settled Down.

Last year, Williams was criticized for comparing President Obama to Adolph Hitler during an appearance on Fox News' Fox & Friends. The remark prompted ESPN to drop using a version of his song All My Rowdy Friends Are Coming Over Tonight as the opening for broadcasts of Monday Night Football.