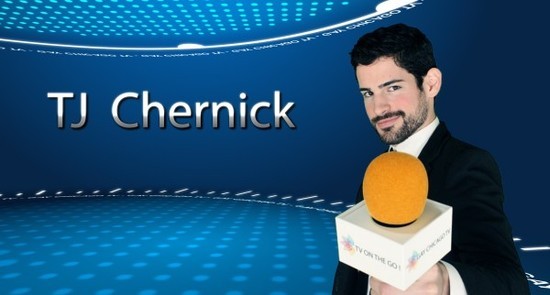 Chicago tattoo artist Steed Taylor has created, with a little help from the city, a road tattoo to honor gay and lesbian troops.

Amtrack released its new advertising campaign this week and the all-inclusive natures of the ads are drawing much praise from LGBT advocates.

The director of the blockbuster hit "The Matrix" and of the highly anticipated film Cloud Atlas came out as transgender last week.

Weekend Report: This weekend is the giant music fest Lollapalooza, but if you don't want to brave the crowd and still want to dance away the weeks problems check out the Lolla edition of Scarletts monthly dance party dance off with your pants off.

For you bacon lovers out there, this Saturday and Sunday is Edgewater Edgefest a community celebration benefiting the Edgewater Chamber of Commerce. (Event Details: Saturday | Sunday )

View the full episode of the Gay Report on gaychicagotv.com.

TJ Chernick
TJ holds a Master's degree in Journalism from DePaul University and a Bachelor's degree in International Relations from St. Edward's University in Austin, Texas. He has professional experience coordinating international gender projects in Iraq with the International Human Rights Law Institute. His areas of interest include the issues of sexual minorities in international human rights. An avid writer and traveler he has lived and performed research in Morocco and Iceland, and enjoys playing the cello and singing in his spare time.