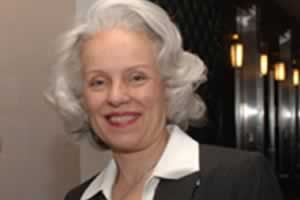 Chicago, IL - Foes of gay rights are calling on Cook County Circuit Court Judge Sophia Hall to recuse herself from a case challenging the constitutionality of the state's gay marriage ban because she is openly gay.

More than two dozen gay and lesbian couples who wish to marry in Illinois but are unable because state law defines marriage as a heterosexual union filed the lawsuit challenging the law in May. Nine couples are represented by the ACLU of Illinois, while Lambda Legal is representing sixteen couples.

Illinois officials, including Cook County state's attorney and the Illinois attorney general, have refused to defend the law, saying they agree that the ban is unconstitutional. Cook County Clerk David Orr, who is named in the suit, applauded the legal challenges. Judge Hall allowed two Illinois county clerks to defend the law.

Hall is a charter member of the Alliance of Illinois Judges, which lists on its website that it promotes and encourages "respect and unbiased treatment for Lesbian, Gay, Bisexual and Transgender (LGBT) individuals as they relate to the judiciary, the legal profession and the administration of justice." The Victory Fund, which supports openly gay elected officials, also lists Hall as an "out official."

"Judge Hall is presiding over a case that seeks to fundamentally alter the meaning of marriage in Illinois," Lindevaldsen said. "As a Charter Member of the Alliance of Illinois Judges, which is an organization dedicated to LGBT causes, she has an obvious conflict of interest. Pursuant to the Illinois Code of Judicial Conduct, a judge must disqualify herself in any case where her 'impartiality might reasonably be questioned.' (Rule 63-Cannon 3). If the tables were turned and she was a charter member of an organization that had as its mission to overturn Roe v. Wade and she was presiding over a case where the validity of Roe was in question, there would be incredible outcry to have her removed from the case. Given the significance of the case before her, Judge Hall should take steps to avoid even the perception of a conflict of interest, and recuse herself."

Edwin C. Yohnya, director of communications and public policy at ACLU of Illinois, disagreed in an e-mail to On Top Magazine: "If the suggestion is that Judge Hall cannot, based on mere assertion, decide this case fairly and based upon the law, we simply disagree. Judge Hall has an excellent reputation as a careful jurist."