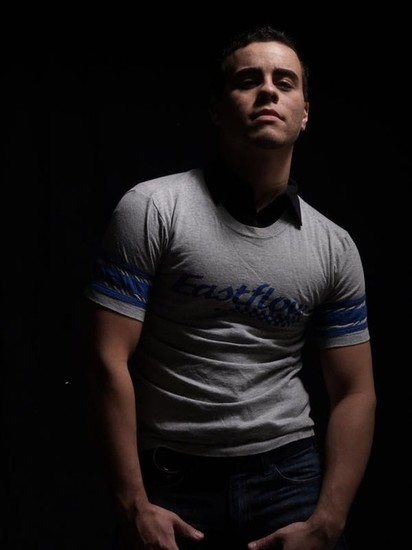 "The Victory Party" on Sunday, May 27, immediately following the crowning of "Mr. IML 2012", will once again be held at the spectacular House of Blues and feature the Chicago debut of New York City's hottest emerging superstar, DJ Eddie Martinez.

Monday's wild and massively popular "Black and Blue Ball" held at Excalibur, is once again in the hands of the soaring house music sounds of ChunkHouse DJ Ted Eiel with an opening set by Chicago's own DJ Ron Geronimo.

DJ EDDIE MARTINEZ
Born and raised in NYC, Eddie Martinez found his true love for house music while tearing up the dance floor at many venues in the NYC night scene during the early 2000's. Influenced by major producers like Victor Calderone, Peter Rauhofer, Abel Aguilera and Junior Vasquez, his passion to make his listeners dance - no matter where they are - drives his determination to be one of the top DJ/Producers around. Eddie's breakthrough into the DJ world began in Fire Island Pines, as a resident DJ at the famous Pavilion nightclub, where he spun with Dan De Leon and Chriss Vargass. He has since spun at various local NYC nightclubs, bars and lounges including: HK Lounge, The Monster, The Highline Ballroom, District 36 and Pacha.

Eddie has played several times alongside Peter Rauhofer at his popular WORK! parties in NYC. He has been spinning in different cities around the U.S. and internationally such as FRICTION in Los Angeles, MOVA and SCORE in Miami, "New York City Boy" at FLY Night Club in Toronto, Miami's famed Winter Party Weekend, DJ Paulo & Peter Rauhofer's "Tribal Madness" Memorial Day Weekend, 2 major NYC Pride events, CIELO and The Anthem Party alongside DJ Abel for Vancouver Pride. He has also spun along with other big names such as Offer Nissim and Alex Acosta.

Eddie continues to create groundbreaking DJ club sets, powerhouse remixes and his wildly successful "House Sessions" podcast series has been consistently featured in the top ranks on PodOmatic and iTunes. He delivers a driving progressive tribal house sound that takes club goers into sweaty, sexy marathon dance floor sessions. IML is proud to have Eddie Martinez make his Chicago debut for the famed "The Victory Party" on Sunday, May 27, 2012 at the House Of Blues.
www.eddie-martinez.com

DJ TED EIEL
Ted Eiel is one of the brightest talents on the DJ scene
today. With over 15 years of club and radio experience, Ted
has spun his supersonic sets of sexy, dirty beats at top-tier venues in the US, Canada and Europe. In the past 6 years, he's headlined some of the biggest US leather and bear parties: Magnitude @ Folsom Street Fair, Bear Week (Provincetown), Bearracuda (SF, LA and Vancouver), Lazy Bear Weekend, Meat Rack (LA), Northern Xposure (Seattle) and Ascension (Fire Island). His 2009 IML closing party, The Black & Blue Ball, was voted one of Chicago's best events of the decade and he was asked back to headline Winter Party's 2010 Leather Ball.

Ted's also played both Megawoof! and Tonker in the UK and headlined Madrid Pride in Spain. For 2012, he'll get more international exposure with gigs in Sydney and Vancouver along with his residencies at Bear Week,San Francisco's Sanctuary and Chicago's quarterly Manhole parties at Hydrate.

Ted has an aggressive, masculine sound that has been inspired by underground tracks drawn from classic house, electro,disco and rock. His music has been described as "muscle house" for men: sexy, funky, chunky house with an emphasis on dirty bass lines, melodic vocals and an intense energy that brings the men to the floor.

Along with his live experience, Ted has a hugely popular
podcast featured on iTunes called CHUNKHOUSE, which just celebrated 6 years with over 2 million downloads.
www.djtedeiel.com