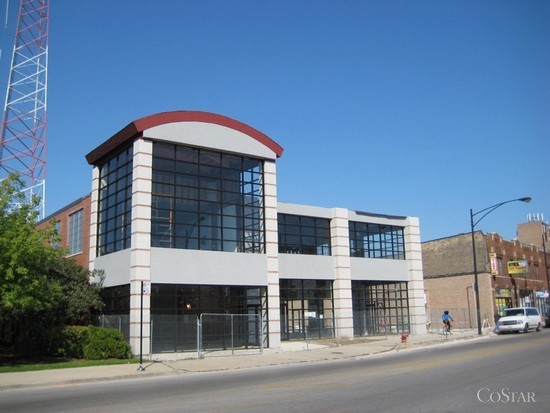 Chicago, IL - Earlier this month the Gerber/Hart Library, Chicago's only LGBT library and archives, announced a planned move to the Rogers Park neighborhood by the end of April. Now that move and the future of the library is again in question.

The building, located at 6500 N. Clark, appears unready to house the library by the April deadline as the current lease for the 5,500-square-foot space at 1127 W. Granville Ave is quickly running out.

The Rogers Park location remains unfinished and does not appear to have appropriate building permits from the City of Chicago. The condition of the building was first noted last week on the Now in Rogers Park blog, which is written by Craig Gernhardt the former Gay Chicago publisher.

Gernhardt also noted the building is listed as for sale and that the water had been cut off in November 2011 for non-payment.

"The front-page innuendoes, distortions, and lies reported constantly in the Windy City Times over the past two months are baseless and without merit," wrote Tucker.

Windy City Times, which is a media partner of ChicagoPride.com, has covered the story since late January when neighbors first noticed a "for rent" sign in the front window of the library's current location in Edgewater.

At that time, Sendziak refused to answer questions from the LGBT media and the Windy City Times was unable to obtain the names of any board members, nor a copy of the organizations current bylaws. An investigation by the paper also showed the organization was more than two months behind on submitting its annual IRS form.

The unanswered questions by Sendziak had many in the community concerned over the future of the 14,000 volumes, 800 periodical titles and 100 archival collections currently housed by Gerber/Hart.

According to a recent report by the Windy City Times, the board updated its bylaws to remove the voting rights of its members - including the selection of board members and president.

Tucker, who claimed to have insider information, offered no insight as to what is happening with the library under Sendziak, but he did indicate that the library can make its April deadline.

"I have no doubts that Karen and her volunteers can't move it in two months," he said. "... the decision will prove to be one of the smartest decisions every made by Gerber/Hart."

With the new location seemingly far from ready and the lease running out, serious questions remain about the future of Gerber/Hart.