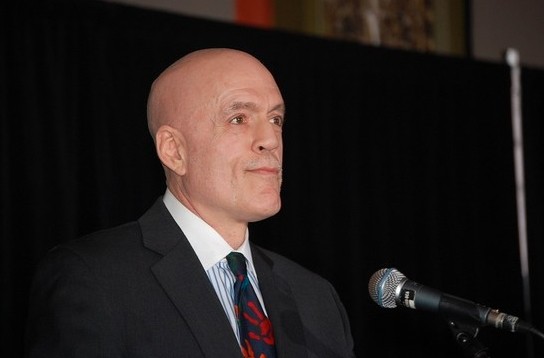 "I am proud to be able to take this next important step towards full equality for our community with Reps. Harris and Mell," Rep. Cassidy told ChicagoPride.com. "It is past time for our relationships and our families to be fully recognized and protected under the law."

HB 5710, the Religious Freedom and Marriage Fairness Act, provides that all laws of Illinois applicable to marriage apply equally to marriages of same-sex and different-sex couples.

The bill comes on the heels of Tuesday's ruling by the United States Court of Appeals for the 9th Circuit, holding that California's denial of marriage in favor of domestic partnerships for same sex couples violated the U.S. Constitution.

"I am confident that with the great leadership of Reps. Harris, Cassidy and Mell as well as our strong long-time supporters that we will come within striking distance of passing a marriage bill," said Garcia. "But it will be a long, hard road and don't expect it to pass next month."

"We commend these leaders for taking yet another step towards full equality for lesbian and gay families in Illinois, and we are grateful to them for their leadership," said Equality Illinois (EQIL) CEO Bernard Cherkasov. "This is just the beginning: the road to marriage equality is sure to be long, but it is one that we must travel together."

In January, the Windy City Times reported exclusively that Harris, Mell, Cassidy and other state lawmakers were in preliminary talks with pro-equality groups including Equality Illinois, Lambda Legal and The Civil Rights Agenda (TCRA) to bring full marriage equality to the Land of Lincoln as early as 2013.

"I do not delude myself into thinking this will be an easy process," Harris told the Times in January. "But we need to take the first step."

Illinois' civil unions law took effect on June 1, 2010 and provides many of the same protections afforded married couples. According to EQIL, more than 3,700 Illinois couples have applied for civil union licenses over the last six months.

Civil unions were an important intermediate step for the state. EQIL's Cherkasov said; however, the civil union law has already proven to have substantial weaknesses and falls short of full marriage equality for all loving and committed couples in Illinois.

"We at TCRA supported the Civil Union bill as an initial step to providing rights and benefits to same sex couples, but separate is never equal," stated Anthony Martinez, executive director of The Civil Rights Agenda.

Advocates for marriage equality say the November elections will be crucial for allies to LGBT community.

Same-sex marriage is legal in Connecticut, Iowa, Massachusetts, New Hampshire, New York and Vermont, as well as the District of Columbia.

On Wednesday, the Washington State Assembly was near passage of gay marriage there; it has already passes the State Senate and Gov. Christine Gregoire has said she'll sign it.