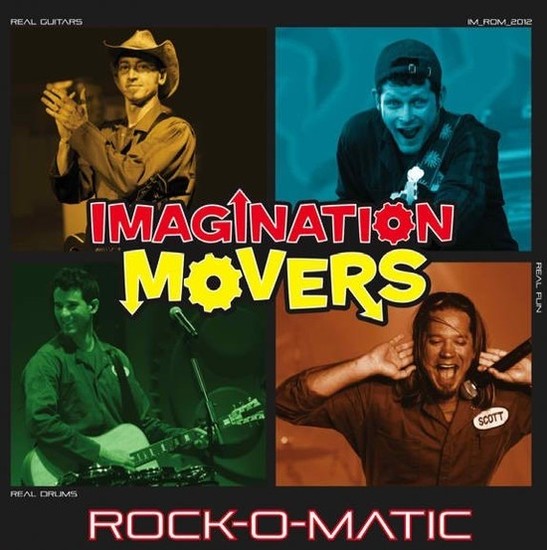 New York - Music-label publisher Razor + Tie [sic] announces the upcoming release of a new CD/DVD from the Emmy-winning family favorite, The Imagination Movers. The band's first release since signing to Razor + Tie in 2011, hits shelves February 14, 2012 and is followed by an 80-show U.S. and Canada concert tour.

Rock-O-Matic features some of the band's most engaging songs to date, including the anthemic title track—reminiscent of Queen's "We Will Rock You," as well as the dancehall party groove "Everybody Sing" and "Dear Old Dad," a ska-inspired ode to fathers everywhere. The DVD features live-action and animated music videos as well as skits that recall old-school Movers comedy heroes like Monty Python and the Monkees as well as the type of high-energy hijinks the Movers are famous for on their own hit television series—televised stateside by Disney Junior and seen in more than 55 countries. Several new episodes will debut in 2012.

Since they partnered in 2003, Rich Collins, Scott Durbin, Dave Poche and Scott "Smitty" Smith have grown from a New Orleans-based band to a worldwide brand by creating music that kids and grownups can enjoy together. Their award-winning sound evokes comparisons to U2 and the Red Hot Chili Peppers while their lyrics explore many facets of creativity and, of course, the transformative power of rock n roll. All this is delivered with a refreshing lack of irony. Instead, the Movers write songs from the perspective of experienced fathers of young children who know how to make kids smile.