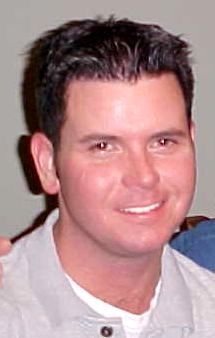 Chicago, IL - Friday September 24, 2004 marks the 6 month date of the death of Kevin Clewer. Kevin was found murdered in his Lakeview apartment on March 24.

A memorial service of Spirit and Remembrance will be held Friday September 24th at 7:30 pm at Broadway United Methodist Church at 3344 N. Broadway and will be followed by a Candlelight walk through the Lakeview Neighborhood.

The service will also remember Brad Winters whose August 2003 murder still goes unresolved as well as Eric Kaminski who has been missing since February 2004. As the sixth month Anniversary of Kevin's death approaches answers are few.

Chicago Police Detectives recently stated, "Finding Fernando is more important then ever." Fernando still remains the prime suspect in the investigation of Kevin's death. Anyone having information about this case, who might have seen Kevin on the night of Tuesday March 24th or know information about "Fernando" should contact the Chicago Police at 312-744-8261 and refer to Case # HK-259944.

A website (http://www.4chicagokev.com) has been set up for information regarding Kevin.