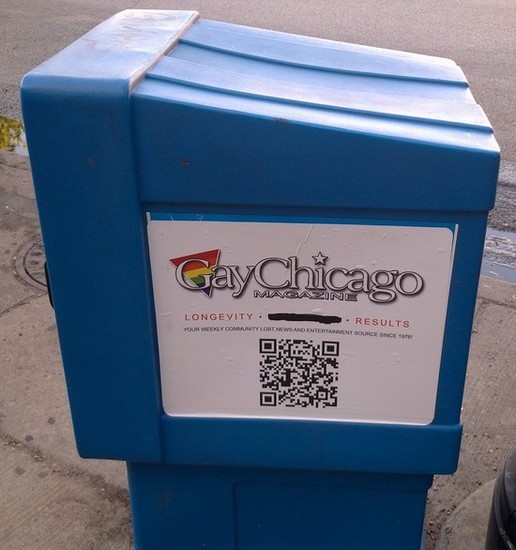 "It is with great sadness that we have come to this point in our publication's history," said publisher Craig Gernhardt in a statement released Thursday.

The former Gay Chicago Magazine was founded in 1976 by the late Ralph Paul Gernhardt and was published by Gernhardt Publications for more than 35 years.

Questions concerning the stability and future of Gay Chicago were abundant following last year's reorganization. Those questions were again raised with last week's announcement by managing publisher Dane Tidwell that the publication was cutting its weekly print schedule to biweekly.

"Continuing print operations became more and more difficult in the past few years with dwindling ad revenues and rising print and operating costs. We just can't sustain our old model anymore," said Gernhardt. "It's time to turn toward a new direction."

Gernhardt indicated stories would continue to be posted online; however, there was no word about the future of the Gay Chicago staff or offices located on W. Belmont Ave.

"It is always sad when a print publication folds," said Tracy Baim, co-founder and publisher of Windy City Times. "Chicago has a rich history of LGBT media, going back to the 1960s when Mattachine Midwest published a critical newsletter for our community. Gay Chicago Magazine was part of that history, and that legacy will remain a part of the movement for many years to come."