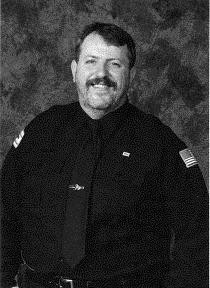 Chicago, IL - Roger J. Chaffin passed away Friday night, but friends and family members say his legacy as a gay business leader and long-time community volunteer will continue to live throughout the community he proudly served.

Chaffin was surrounded by family and friends at Weiss Hospital when he died, after a short illness, at 8:30 p.m. on June 17. He was 59.

In 1997, Roger "RJ" Chaffin was inducted in to the Chicago Gay and Lesbian Hall of Fame, which at the time provided the following biography:

"An Ohio native, Chaffin moved to Chicago in 1974 and was soon working as a delivery person for the weekly GayLife. He quickly moved into pasteup and other production tasks. He has since had a creative role in producing souvenir programs for events such as Circus Vargas Big Top fundraisers and the annual International Mr. Leather Weekend. Until 1982, he served GayLife as writer, entertainment editor, reviewer, and business manager, acquiring an informed perspective on Chicago's gay and lesbian community.

"In 1977, Chaffin and his then-partner were profiled in a three-part Chicago Sun-Times feature on same-sex relationships, which included photo coverage of their ceremony at Chicago's Good Shepherd Parish Metropolitan Community Church.

"In 1983, he opened R.J.'s Video in the 400 block of North Clark Street when that neighborhood was still an anchor of the city's gay entertainment community. It became the city's first video store to offer a wide selection of general-interest gay and lesbian features, besides providing a comfortable venue in which to rent adult-oriented films. He briefly operated a second video store in Andersonville and then consolidated activities into a single, expanded location (in partnership with Chuck Cox) on North Halsted Street. As a businessman, he has sponsored Metropolitan Sports Association teams and the Righteously Outrageous Twirling Corps (ROTC). His honors include Gay Chicago Magazine citations for business achievement in 1986 and (with Gary Chichester) in 1988, one by The Leather Journal's 1992 Pantheon of Leather, and a Chicago House award.

"Other business ventures have been Gay Mart (1993–95), with Cox and Shelly Rosenbaum, and Holidaze (1995–97), with Steve Hyde. The latter store became Ragin' Rae Jean's [which has since closed]. Alone and with partners, Chaffin has raised thousands of dollars for Chicago House, Howard Brown Health Center, Horizons Community Services, Open Hand Chicago, and other charitable organizations.

"Chaffin also found a niche in special event planning. In 1985, he and Chichester formed Back Door Promotions. Besides much paid work for major events, Back Door has coordinated numerous AIDS charitable activities. In addition, Chaffin produced Chicago House's 1988 Labor of Love Weekend and played Santa Claus at all four of the organization's Holiday Fares.

"He co-produced "Crimes of Hate," a 1989 film on gay-bashing. He volunteered for NAMES Project/Chicago and national Quilt displays, all three national gay and lesbian marches in Washington, and many Pride Parades here. For seven years he has directed International Mr. Leather Weekend's Leather Marketplace, the world's largest vendor fair of its kind. And he has served on boards of Strike Against AIDS, the Chicago AIDS Benefit Committee, and the Northalsted Area Business Association."

A memorial service for Roger "RJ" Chaffin is being planned.

The biography is available on the Chicago Gay and Lesbian Hall of Fame website.