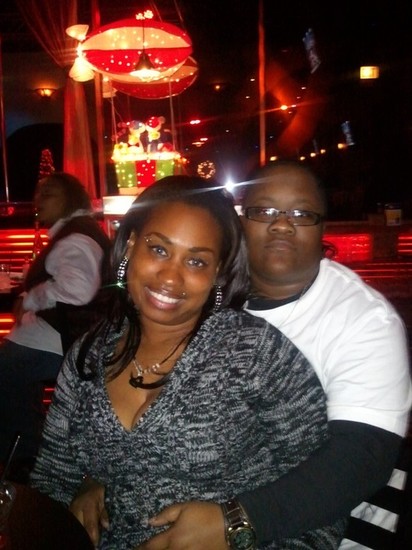 It's a Sunday afternoon, not unlike many others, for newly committed life-partners Tenisha and Shanelle when Tenisha can be heard yelling in the far background, "I'm on the phone!"

With eager excitement, and a bit of a laugh, Tenisha explains how if Shanelle had not been online while she was playing Farmville on Facebook.com just over a year ago, the two may never have connected. "Basically," Tenisha says, "she was going to get erased."

Tenisha says she only subscribed to the social-networking website in order to a be Farmville neighbor to a friend of hers, "so, I got all these friend requests." And while cleaning out her friend's list of unknown acquaintances, she noticed Shanelle online. The two got to chatting, which lead to 3-4 hour phone conversations, an eventual in-person meeting and a short-term "physical thing." According to Shanelle, the lifetime connection was instant; Tenisha was the [yang to her ying] and, "there's never a dull moment."

Their complementing passions turned happy household will be made legally official June 2, 2011, as the two take part in the City of Chicago-sponsored mass civil union ceremony taking place in Millennium Park's Wrigley Square—twenty days shy of their one-year anniversary.

"This is something I've wanted to do since coming out as a lesbian…" Shanelle says. "…The state of Illinois has come far in recognizing same sex couples … Man, it's like so exciting."

Tenisha shares Shanelle's "exciting" sentiments while also reveling in the ceremony's legal ramifications. "For me," she says, "I'm in the life but I'm still old fashioned. I still believe in marriage, in the legal documentation, in doing it the correct way;" "the correct way" to Tenisha being one that is socially and legally institutionalized. "What if [Shanelle] were to get sick and the [medical-care organization] said, ‘we don't recognize that?' Well, now they don't have a choice … We're a ‘real' couple."