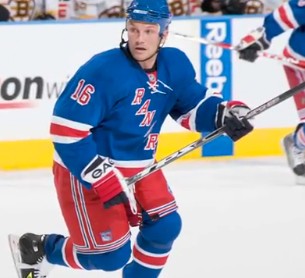 "I'm Sean Avery and I'm a New Yorker for marriage equality. I treat everyone the way I expect to be treated, and that applies to marriage," the 31-year-old hockey star says in the video, which is sponsored by the Human Rights Campaign. "Committed couples should be able to marry the person they love."

No active male player in major U.S. team sports has declared his homosexuality, according to the Times and until now the "New Yorkers For Marriage Equality" campaign has featured mostly politicians and entertainers.

This past week, former President Bill Clinton released a statement supporting gay marriage, and Chelsea Clinton volunteered at a phone bank on behalf of the cause.