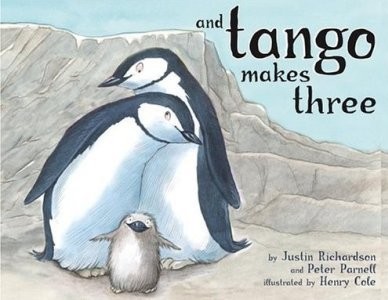 Washington, D.C. - For the fifth year in a row, a children's picture book about a penguin with two dads has topped the American Library Association's list of most-often banned books.

"And Tango Makes Three" is the true story of two male penguins at New York's Central Park Zoo who are given an egg to hatch, and do so successfully. The book tracks six years of the male penguin's life together.

Here is the complete list of the 2010 most often banned books, as compiled by the American Library Association: