'Young And The Restless' star Thom Bierdz is ready to fall in love: 'Facebook Me' 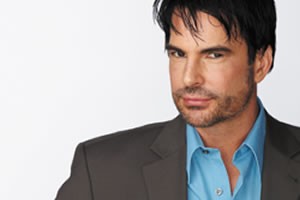 Bierdz plays Phillip Chancellor III, a closeted gay man who faked his own death to live his life openly elsewhere, on CBS' long-running daytime soap opera The Young and the Restless. The character returned in August after coming out gay to his son, Phillip Chancellor IV, the year before.

In an interview with gay glossy Frontiers in LA, Bierdz said he believed gay daytime actors are afraid to come out.

"I am only guessing that they are afraid of losing their acting careers," Bierdz said. "When I began acting I was told by my reps to 'stay in The Closet' as it could hurt my career. So I did, and the pain of that secret kept me from enjoying the very success I was beginning to have."

Bierdz added that he's ready to fall in love.

"I operate my Facebook Thom Bierdz page and respond to every message whether it's business-related or personal. I am ready to date and fall in love, so Facebook me!"