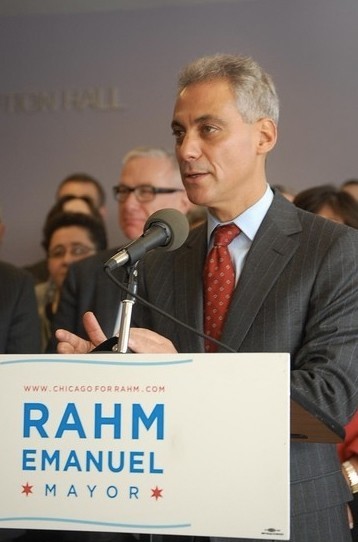 "Thank you Chicago," Emanuel tweeted around 8:10 p.m. "Looking forward to working together as your next mayor."

Emanuel, who was the front-runner in the Chicago mayoral race, was a favorite in Chicago's gay community.

"I think our city is an accomplished city, the LGBT community is a central part of our city," Emanuel said during a January press conference at the Center on Halsted where he announced the support of over 200 LGBT community leaders and advocates, including openly gay state Rep. Greg Harris (D-Chicago) and state Rep. Deborah Mell (D-Chicago).

"Rahm Emanuel has articulated a clear vision for the City of Chicago, in which lesbian, gay, bisexual, and transgender people are fully included and involved in every level of governance," PAC chair Art Johnston said.

While serving in Congress, Emanuel maintained a 100% rating from HRC.

With 89 percent of precincts counted, Emanuel had 54.9 percent to 24.3 percent for Gery Chico, putting him far enough ahead to avoid a runoff election in April. Chico called Emanuel on Tuesday evening to concede the race.