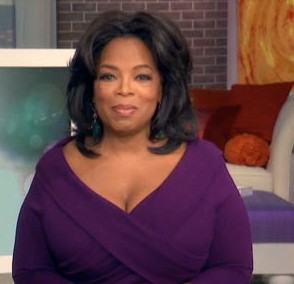 "OWN is the network of self-discovery, connecting people to each other and to their greatest potential. We tell real life stories that are emotional and entertaining," said Winfrey. "We present moments of transformation that inspire action. We give you the tools to fuel your own self-discovery and live your best life.On OWN, it's not about what's next on TV, it's about what's next for you."

22 series have already been announced, including Cristina Ferrare's "Big Bowl of Love," "Enough Already! With Peter Walsh," "In the Bedroom with Dr. Laura Berman," "Kidnapped by the Kids," "The Midnight Detectives," and "The Gayle King Show."

The 24-hour cable network shares a contract with Discovery Health Channel, which is ending and being rebranded as OWN, and will be available on cable to a potential audience of 85 million viewers.

"For me, the launch of OWN is the evolution of the work I've been doing on television all these years and a natural extension of my show," said Winfrey.

The 56-year-old Winfrey has had a successful 35 years on The Oprah Winfrey Show, which launched in 1986 and broadcast from Chicago.

For more on OWN, visit www.oprah.com/own