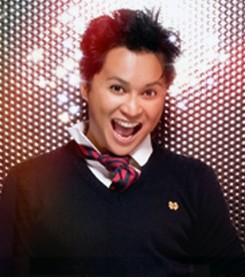 Two of the signature events are the comedy night and the live concert. The Saturday, Feb. 19 comedy night will be held at the historic Parker Playhouse featuring Judy Gold, Alec Mapa and Julie Goldman. Judy Gold is a 2-time Emmy Award winner for her work on the Rosie O'Donnell Show, a GLAAD Award winner, and has delighted audiences with her critically acclaimed Off-Broadway hit 25 Questions for a Jewish Mother. Alec Mapa's hilarious one man show, I Remember Mapa, won the LA Weekly award for Best Solo show; he is better known as the always catty series regular, Suzuki St. Pierre, in Ugly Betty. Julie Goldman is an award winning comedian in her third season on Logo's Big Gay Sketch Show and appears on Comedy Central with her featured stand-up Live at Gotham.

"I am so excited to be involved in Fortitude," says Julie Goldman. "Not just for the balmy Ft. Lauderdale weather and gayness, but to be a part of a great organization working so hard to do good within our community."

The Sunday live music concert will be held at the recently renovated War Memorial Auditorium featuring Taylor Dayne, Martha Wash, and special guest appearances for a full night of amazing musical performances. Martha Wash the powerhouse vocalist behind C+C Music Factory's classic Gonna Make You Sweat (Everybody Dance Now), has had many additional # 1 one hits. Three-time Grammy award nominee, Taylor Dayne, has had 17 top ten hits and has sold more than 75 million albums and singles.

"I have always been a huge advocate for equality and gay rights," says Taylor Dayne. "It is really important to take things from a bigger perspective. We have to reach out past our own internal fears and find the tools and strengths to get through the difficult situations. We just have to work through them."

The driving force behind Fortitude Weekend is Nick De Biase of Centaur Entertainment, the largest LGBT record label. "The concept arose when both of my parents were dying from cancer at the end of 2009", says De Biase. "My mother, Lydia, was a very giving person. Before she passed away, I told her that I would establish a foundation in her name as my last "gift" to her – to carry on her legacy of giving and to honor her memory." So Nick incorporated a non-profit called The L Foundation in his mother's name. The L Foundation decided that their first fund raising venture would be producing a benefit concert.

"After meeting with many of the powers that be in Fort Lauderdale, it became clear the concept should be expanded into an entire weekend of events", says De Biase. The name Fortitude was chosen for this weekend of events because the word connotes strength, heart, determination, will power, courage, spirit and toughness – all words that also define us as members of the LGBT community in terms of what we have to face and overcome in life – and the "fort" doubles back on the wonderful city Fort Lauderdale.

All of the funds from Fortitude Weekend are being directed to several charities. amfAR, The Foundation for AIDS Research, is the main national beneficiary, while the Pride Center and the Fort Lauderdale-Miami Gay & Lesbian Film Festivals are two of the local charities. The Pride Center is also coordinating the large volunteer effort to help produce Fortitude Weekend. "amfAR is pleased to be a part of Fortitude weekend and we gratefully appreciate the generous support of the LGBT community," said amfAR CEO Kevin Robert Frost. "That support will help advance our efforts to find a cure for HIV/AIDS and to bring this devastating epidemic to an end."

For more information, including tickets and volunteer details, visit www.FORTITUDEweekend.com. Weekend Passes with up to 50% off discounts are available now.