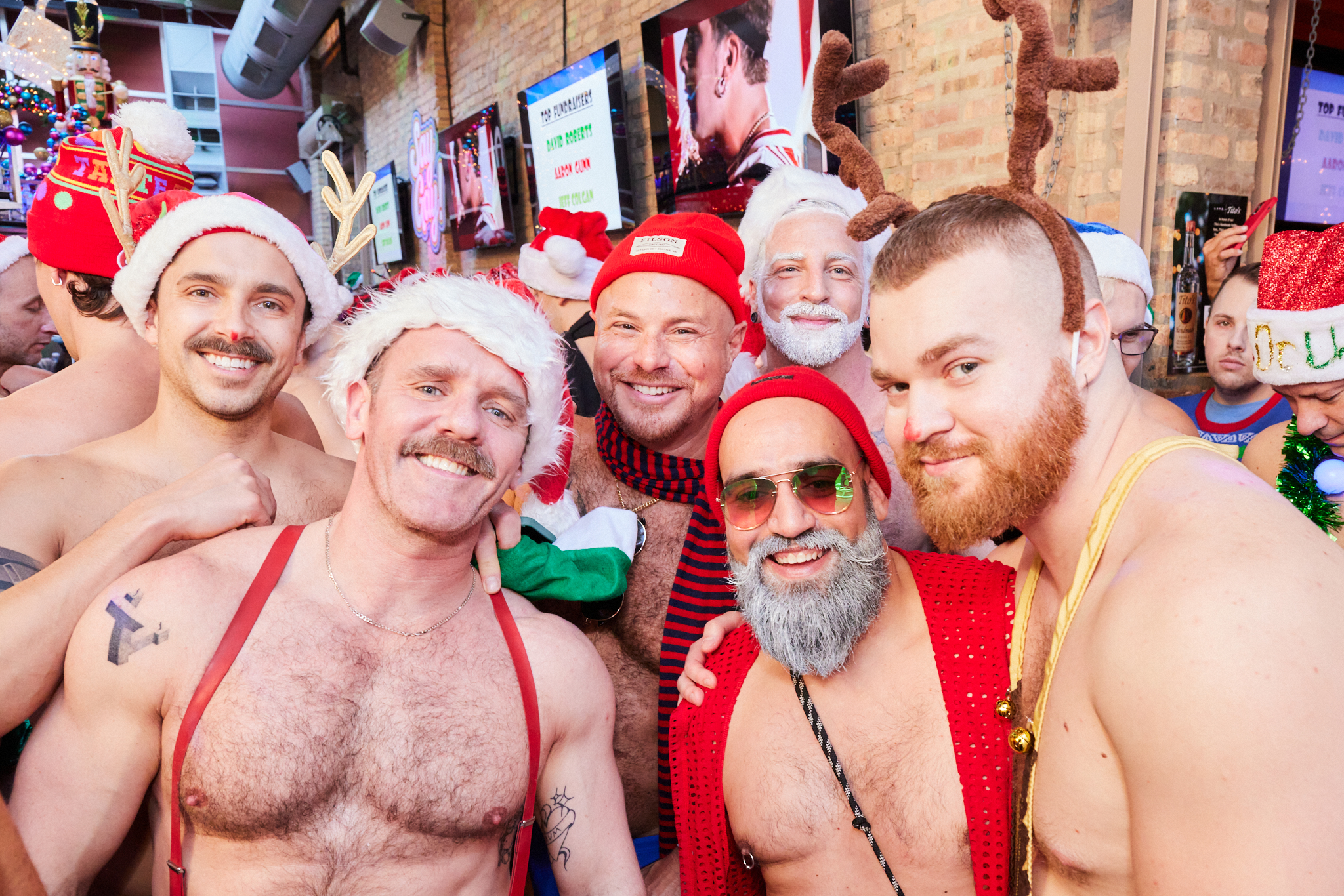 369 people participated in this year's fun-run

The 2022 Santa Speedo Run Northalsted was record-breaking, filled with fun and frivolity while raising vital funds for the youth housing initiative at Center on Halsted.

The scantily-clad crew of runners, walkers and gawkers on Saturday, Dec. 2 raised $115,336 – and the annual 1-mile journey through the Lakeview area commonly called Boystown had more runners (369), more donations and more prizes than ever before.

Plus, this year’s event introduced the “Jeff & Karl: Spirit of the Run Award,” named after event founders Jeff and Karl and presented to those who embody the spirit of community, giving and comradery that Jeff and Karl founded the event on.

“The outfits are always so clever. It’s really hard to pick a favorite,” said Sidetrack general manager Brad Balof. “There was a green grinch in a bikini who was really cute. There also were a lot of group outfits which is always fun to see.”

The Chicago Spirit Brigade was on hand for the event, along with about 100 other spectators.

Another highlight this year was the speedo/underwear auction, which raised another $2,000 for the cause.

Somehow, Balof said, “(there was) even less material on a lot of the outfits.”