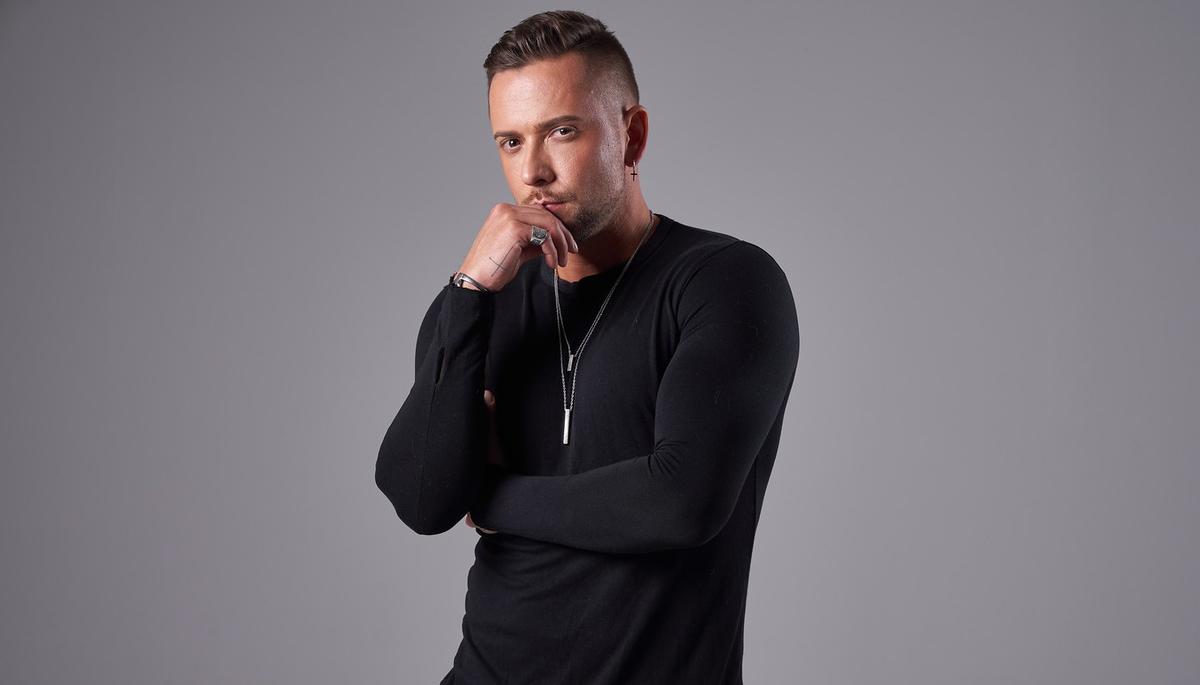 photo credit // provided
David Hernandez is ready for Halloween Palm Springs on Sunday, October 30th – and he will, no doubt, be dressed for the occasion.

As opposed to undressed, which is how he worked in Las Vegas for six months or so as part of the "Naked Boys Singing" cast.

“Each year, our talent line-up reflects the diversity in the music industry. We continue to support Palm Springs-based LGBTQ non-profit organizations as we are passionate about giving back to the community we love,” said Jeff Hocker, executive producer, Halloween Palm Springs.

“As much as I was sad (it wrapped), I’m just happy that it happened,” Hernandez said. “(NBS) gave me so much confidence as an entertainer and with my body because obviously we had to be fully nude on stage five nights per week. I was super excited to get back into musical theater and sing my face off.”

Hernandez said his personal highlight of NBS was singing “Entertainer” and playing a magician with tricks. “It was comedic and a lot of fun,” he said. “I also had a lot of fun backstage with my cast. Our opening launch party was amazing as well. We got to party with friends and new fans in Las Vegas; it was epic.”

NBS wrapped its Vegas run this past spring.

Hernandez said his summer was “very busy” with multiple projects while also performing at corporate events and more on weekends.

Plus, he participated in multiple Pride events.

“Pride (events) are always such a joy for me because I get to see so many different faces and different types of people who are coming together for a common ground: To (show) Pride and connect with each other,” he said. “(Pride is) loving yourself, celebrating who you are while also celebrating each other and our differences, and also our similarities.”

Hernandez said he is excited for the three main holidays remaining in 2022:

“I love dressing up for Halloween; Thanksgiving is a great time to be with family, feast and forget about my diet. And Christmas is my favorite holiday of them all. It is such a warm feeling and that time of year is magical,” he said.

“A couple years ago for Halloween I did a pumpkin patch that was amazing with a hayride. My favorite Thanksgivings were with my late grandmother back in Arizona. I think about her all the time. She made the best mashed potatoes. And Christmas is special every year. I don’t really have a favorite Christmas (story). I feel like each year gets better and better. “

Hernandez earlier this year released an EP, "Don’t @ Me", plus a coffee-table book full of his naked photos.

The book, he said, is a collection of nude photos taken by Noel Photo Studios, shot at various locations during his 6-month residency in Las Vegas. “I’m super proud of it and it’s a part of my life that I will always remember,” he said.

The book, “#NSFW” was released in March – a release of his liberation, freedom, confidence and art, he said.

“I think my favorite part of the book, aside from the photos, is the song lyrics that are written on each page. I wanted to incorporate my music into the book and make it make sense,” Hernandez said. “The book ties into that entire journey and period of my life. It was sort of like an end cap on that experience. I wrote a lot of music during that time, performed a lot on stage and took a lot of incredible photos.”

Such as the first time he was shooting with Noel. “We were at his home studio, and he took a series of photos,” Hernandez said. “I was super nervous because I had never posed nude before. But when he showed me the photos, I was blown away because I had never seen myself through the lens of someone else like that. It really made me realize that despite all my flaws, I am beautiful.”

Hernandez confirmed he has a new music video coming shortly, as well as a deluxe EP.

Despite the excessive work, or perhaps because of it, and his past, Hernandez is focused on mental health.

“Mental health can be a slippery slope. Some days are good; some days are awful. But, I’ve learned, and I’m still learning to work through the pain and process it. I’m also looking forward to therapy soon too. I’m grateful that people are starting to pay more attention to mental health and men’s mental health.”

(Complete the sentence) I’m Better Than Most ... “procrastinators I know.”