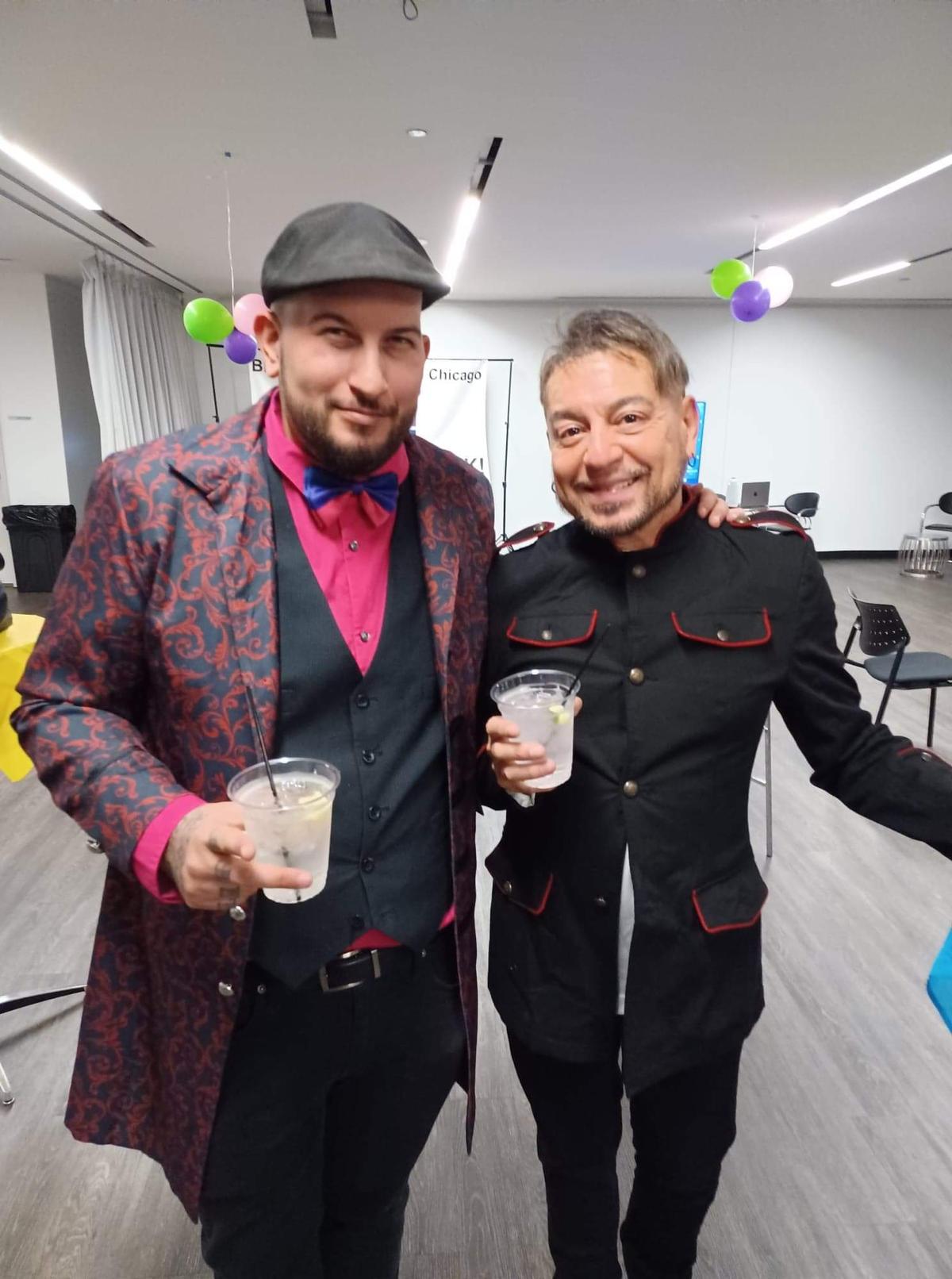 For twelve years, Bisexual Queer Alliance Chicago has been advocating for bisexual persons, promoting visibility, and the community's related issues. Among them is health and a culture of "erasure" within the LGBTQ community.

This past week, the organization held their annual gala.

BQAC was founded by Mikey Oboza and the late community activist and counselor Ed Negron, both of whom had ties to community services at the Center on Halsted, 3656 N. Halsted St. Their first worshops and meetings were held at the community center in the neighborhood long called "Boystown."

Since then, the organization has grown and flourished as a non-profit.

The organization's accomplishments were toasted at the October 28 gala, regaled with food, drink, and speakers. The commemorative and fundraising event featured an awards ceremony and silent auction.

Current president and filmmaker Auggie Rodriguez presented a documentary at the event. It's entitled "10 Years in the Making and Then Some."

A heartfelt touchpoint in the film, according to viewers, was June M. LaTrobe, a longtime transgender activist who was a staunch ally of BQAC. LaTrobe died this past year.

The organization presented its Leadership of the Year award to Dr. Lauren B. Beach.

Beacg is a research assistant professor at the Institute for Sexual and Gender Minority Research and Wellbeing at Northwestern University. She specializes in chronic physical health conditions among underrepresnted sexual and gender minority groups usually left out of medical research.

The Partnership of the Year award was presented to Hope for the Day and Center on Halsted.

Hope for the Day is a non-profit that works on proactive suicide prevention and mental health issues. It was founded in Chicago in 2011 and brought its advocacy to several music venues.

Their slogan has been "It's okay not to be okay."

Ally of the Year award was presented to Monica Rodriguez, a sister of co-founder Negron. She helped achieve the renaming of a Chicago street in honor of her late brother.