See 'BROS' first! Get your passes to an early Chicago screening 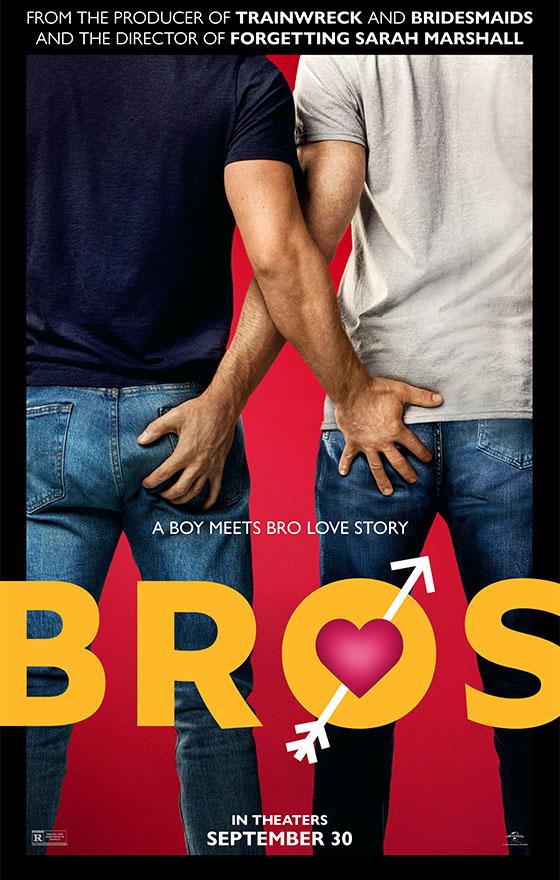 You're invited to a special Chicago screening of BROS on Tuesday, Sept. 27 - Get your passes below!

From the ferocious comic mind of Billy Eichner (Billy on the Street, 2019's The Lion King, Difficult People, Impeachment: American Crime Story) and the hitmaking brilliance of filmmakers Nicholas Stoller (the Neighbors films, Forgetting Sarah Marshall) and Judd Apatow (The King of Staten Island, Trainwreck, The Big Sick), comes Bros, a smart, swoony and heartfelt comedy about how hard it is to find another tolerable human being to go through life with.

Starring Billy Eichner, the first openly gay man to co-write and star in his own major studio film—and featuring an entirely LGBTQ+ principal cast, including Luke Macfarlane (Killjoys), Ts Madison (The Ts Madison Experience), Monica Raymund (Chicago Fire), Guillermo Díaz (Scandal), Guy Branum (The Other Two) and Amanda Bearse (Married …with Children)—Bros is directed by Nicholas Stoller from his screenplay with Eichner. The film is produced by Judd Apatow, Stoller and Joshua Church (co-producer Trainwreck, Step Brothers) and is executive produced by Eichner.

“Bros” opens in theaters on September 30.

GoPride.com, in cooperation with Universal Pictures, is offering you a chance to see the movie first during a special screening on Tuesday, September 27 at 7 p.m. at the AMC River East 21 in Chicago.