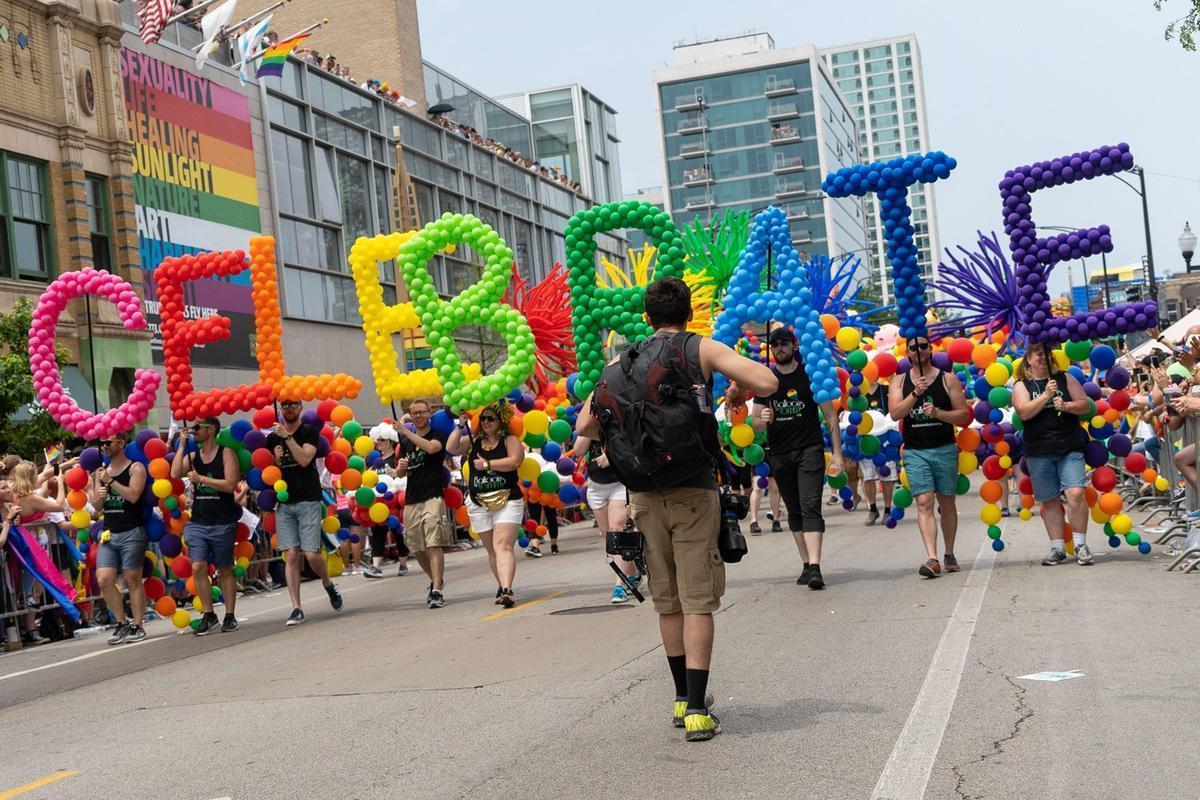 ‘I strongly believe that after a two-year hiatus, this Pride Parade will be the largest in Chicago history,’ says Ald. Tom Tunney

One of the nation's oldest and largest LGBTQ celebrations, the Chicago Pride Parade returns Sunday, June 26 after a two-year hiatus due to the coronavirus pandemic.

The parade was cut short due to inclement weather in 2019 and canceled in 2020—marking a first in its 50-year history.

Usually the capstone of Pride month in Chicago, the parade traditionally takes place on the last Sunday of June. The 2021 parade was initially rescheduled to October but was eventually canceled.

The city is ready for a super Sunday celebration after all that it has endured over the past two years.

“This year's Pride Month almost feels like a rebirth in so many ways,” said Paul Canella, owner of Scarlet Bar in Chicago's Northalsted neighborhood. “I was literally grinning seeing updates from cities getting ready for their local celebrations, but I'm super excited for this year's Chicago Pride Parade. We deserve it and I think we'll appreciate it a bit more.”

Event promoter Matthew Harvat, aka CircuitMOM, proclaimed "Chicago is truly turning it up!"

City officials expect the parade to be bigger than ever with over a million people expected at the celebration in the Lakeview and Uptown neighborhoods, including the LGBTQ enclave popularly known as 'Boystown.'

“I strongly believe that after a two-year hiatus, this Pride Parade will be the largest in Chicago history,” 44th Ward Ald. Tom Tunney wrote in a letter to Chicago Police Superintendent David Brown.

Tunney called on police to “properly” staff the entire parade weekend, beginning the evening of Friday, June 24 to the morning of Monday, June 27.

On Wednesday, Brown said, "We've added more staffing to this year's pride than we've had in the past."

The Chicago Office of Emergency Management and Communications reminded people to be aware of their surroundings this weekend and to report any suspicious activity to onsite security or by calling 9-1-1.

The Pride Parade will step off at noon Sunday from Broadway and Montrose and will proceed south along Broadway to Halsted, then south on Halsted, east on Belmont, south on Broadway and east on Diversey to Cannon.

The busiest portion of the parade route tends to be in North Halsted between Belmont Avenue and Grace Street, according to organizer Tim Frye.

This year's parade is particularly bittersweet for Frye, whose husband Richard Pfeiffer died of cancer in October 2019. Pfeiffer coordinated the annual parade since 1974. Frye picked up the mantle and had been organizing this year's parade as a tribute to his late husband. The couple was together for 48 years.

Pride in the Park Chicago

Pride in The Park, an outdoor music festival and immersive pride experience in Grant Park, continues Sunday from 3 p.m. to 10 p.m. at Butler Field at Grant Park in downtown Chicago, at 100 S. Lakeshore Drive.

"How euphoric that the queer community and our allies can partake in the Pride Parade, which originally started as a protest against discrimination and attacks on our community to then on the same day able to come downtown and celebrate our achievements by dancing with our chosen friends and family at Pride In The Park. This is a movement that will not stop," said organizer Dusty Carpenter.