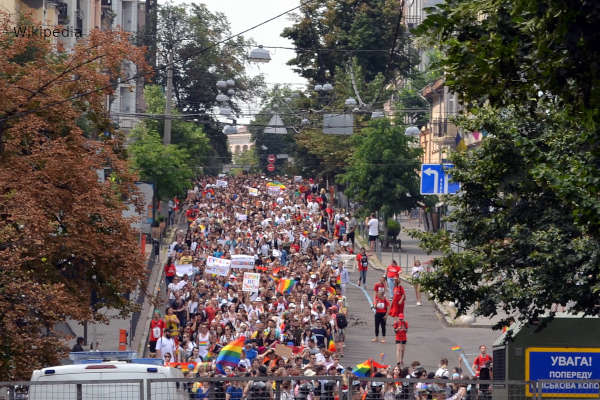 A U.S. ambassador is warning that Russia has a "kill list" of dissidents in Ukraine that includes LGBTQ people.

Bathsheba Nell Crocker, the U.S. representative to the Office of the United Nations and Other International Organizations in Geneva, described the threat in a letter to Michelle Bachelet, the United Nations High Commissioner for Human Rights,

"[There is] credible information that indicates Russian forces are creating lists of identified Ukrainians to be killed or sent to camps following a military occupation," Crocker wrote in the letter, NBC News reported.

"[Russia will] likely target those who oppose Russian actions, including Russian and Belarusian dissidents in exile in Ukraine, journalists and anti-corruption activists, and vulnerable populations such as religious and ethnic minorities and LGBTQI+ persons," Crocker continued.

After months of denying it planned to invade Ukraine, Russia on Thursday launched a full-scale attack, bombing key infrastructure in the nation.

Western leaders, including the United States, have condemned Russia's actions.