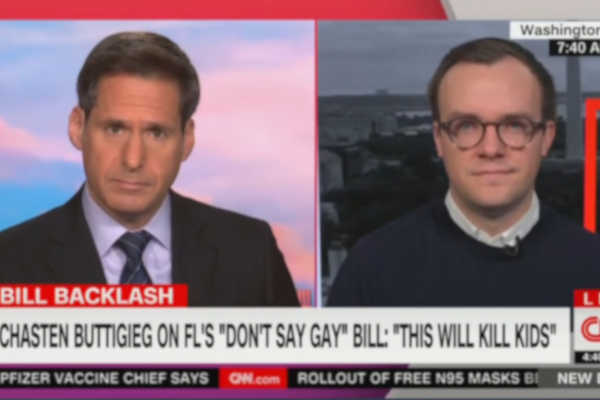 The Parental Rights in Education bill (HB 1557) prohibits discussion about sexual orientation and gender identity in a school setting. Other provisions in the bill would require school administrators to notify parents if a student identifies as LGBTQ at school, effectively outing students to their parents.

The bill cleared a House committee last week and now heads to the full House.

"We should be approaching that number with urgency and with compassion and care," he told anchor

John Berman. "Wondering what we're doing what kind of country we're building, or in Florida, what kind of state are you building where you're essentially pushing kids back into The Closet."

"You're saying we can't talk about you, we can't talk about your families. And you know, as a kid who grew up for 18 years being told you don't belong, something about you is wrong – sometimes, you take that trauma to heart. And unfortunately there are a lot of kids in this country who do the worst because we tell them something about you is twisted and you don't belong here," said Buttigieg, an educator.

The Buttigiegs are raising two children.

(Related: Pete Buttigieg calls being a dad "amazing and indescribable.")