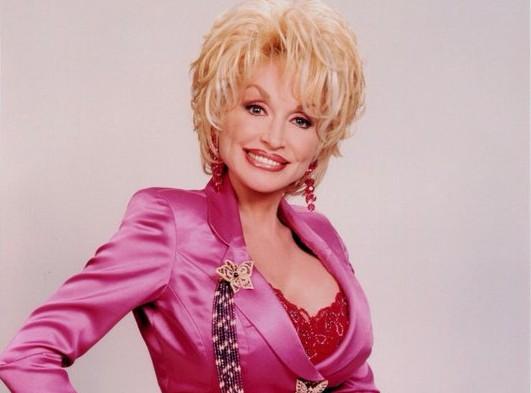 'just hangin’ out in my birthday suit!'

Today the eight-time Grammy winner continues to run her Dollywood theme park, in addition to Imagination Library and other philanthropic endeavors. Parton donated $1 million to Vanderbilt University to help fund the research for the Moderna COVID-19 vaccine

“Just hangin’ out in my birthday suit!” she tweeted.

Parton has a large LGBTQ following, and the support is mutual.

As for her gay fans, “They know that I completely love and accept them, as I do all people,” Parton told Billboard in 2014.

“I’ve struggled enough in my life to be appreciated and understood. I’ve had to go against all kinds of people through the years just to be myself,” she said. “I think everybody should be allowed to be who they are, and to love who they love. I don’t think we should be judgmental. Lord, I’ve got enough problems of my own to pass judgment on somebody else.”