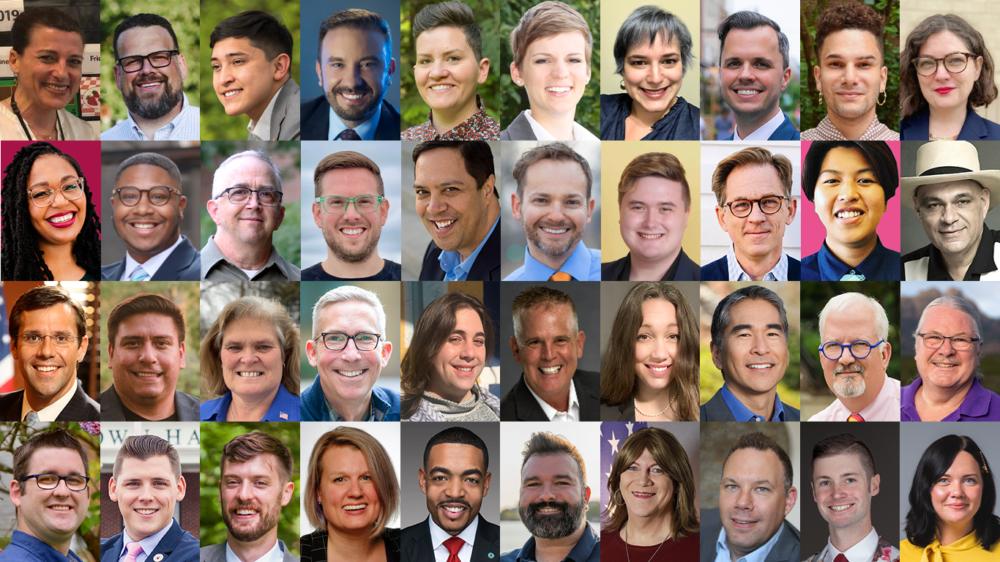 The Victory Fund, an advocacy group that recruits LGBTQ political candidates, reports that a record number of queer-identifying candidates put themselves on the ballot in 2021.

The number is remarkable for an off-year for elections.

In the last national election of 2020, a total of 1,006 LGBTQ candidates were on the ballot.

Parker was the first out mayor of the five biggest cities in America when she took office in 2010.

While most candidates are Democrats, a handful are Republicans. Most notable was transgender California gubernatorial candidate Caitlyn Jenner.

80 percent of the total LGBTQ candidates are seeking local offices at the grassroots or municipal level.

There are high profile candidacies for mayor of Buffalo, NY and mayor of Minneapolis, Minn. India Walton and Sheila Nezhad are hoping to make history in their respective campaigns. Tyler Titus is running for county executive in Erie, Penn.

One of the most watched candidacies is that of Brian Sims, currently campaigning to be the next lieutenant governor of Pennsylvania. His notoriety is national and has received contributions from all 50 states, according to the Victory Fund.

Meanwhile, Tina Kotek is currently campaigning to be the first out lesbian elected governor of any state. She is on the trail in Washington state.