Elvira, Mistress of the Dark, comes out as gay in new book; hosts Chicago virtual book talk on Sep. 23 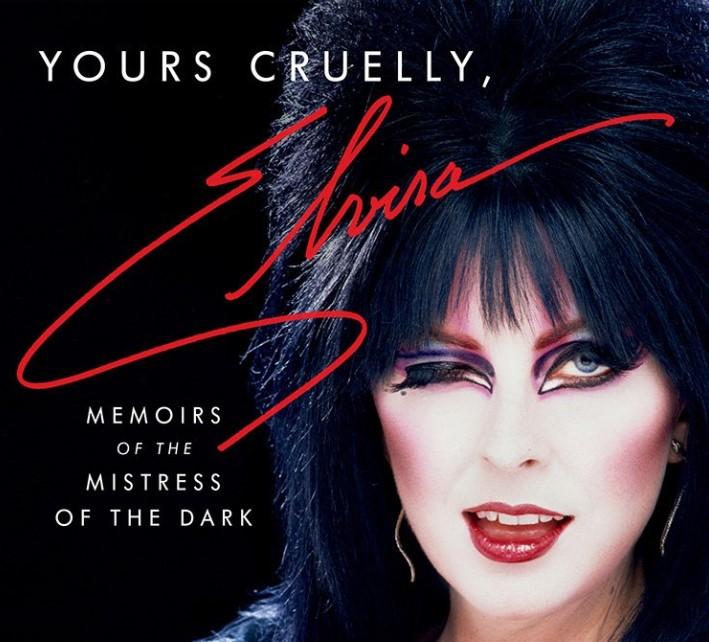 Cassandra Peterson, popularly known as Elvira, Mistress of the Dark, will be making a special virtual appearance in the Chicago-area to share her new memoir, Yours Cruelly, Elvira. Peterson will be hosted by The Book Stall for a virtual book talk on Thursday, September 23 from 8 to 9 p.m.

Tickets are on sale through the Eventbrite website. The event can be enjoyed at home on a computer or mobile device.

The Book Stall, 811 Elm St., Winnetka, Ill., is the preferred independent bookseller for the memoir, though it is available on Amazon, Barnes and Noble, and other retailers.

"Always original and sometimes outrageous, Cassandra's story is loaded with twists, travails, revelry, and downright shocking experiences," her publicist says of the new book. "It is the candid, often funny, and sometimes heart-breaking tale of a Midwest farm girl's long strange trip to become the world's sexiest, sassiest Halloween icon."

The book has caught the attention of LGBTQ fans as Peterson reveals an almost two decades' long relationship with another woman, Teresa Wierson. She calls her "T."

Peterson reveals that she met Wierson at a Hollywood Gold's Gym, having thought Wierson was the hottest guy in the room. She later found out he was a she in the women's locker room. They developed a close friendship after that first encounter.

The Halloween idol divorced husband Mark Pierson while Wierson was also ending her own relationship. Their friendship developed into a romance as both needed each other to grieve their losses and move on.

Yours Cruelly, Elvira delves deep into Peterson's past, sharing about a freak accident in rural Kansas at 18 months old. Boiling water left her with third-degree burns covering 35 percent of her body. The residual effects of that turned her into a bit of a misfit which led to her eventual love of the horror genre.

Peterson also shares about leaving home at 14 years old and performing at the legendary Dunes Hotel in Las Vegas, Nev. at 17 years old. And then an encounter with Elvis Presley changed the trajectory of her life, ending up performing in Europe which for some reason led to a comedy stage in Los Angeles with the improv troupe, The Groundlings. There she worked alongside Phil Hartman and Paul Reubens, popularly known as Pee-Wee Herman.

The book then moves on to an audition, hoping to be the local television host of the channel's late night vintage horror movies.