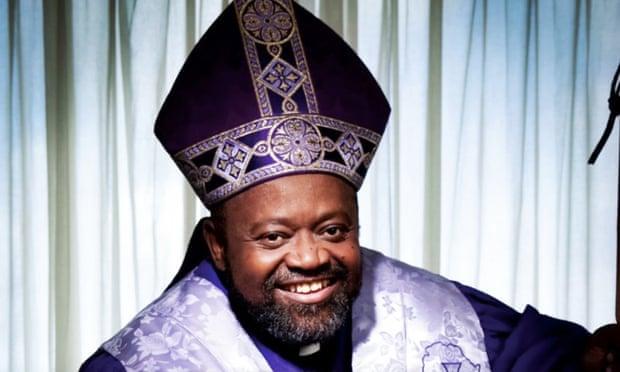 Motown and disco singer-turned-archbishop Carl Bean has died. He was 77.

The artist was credited by pop icon Lady Gaga as her inspiration for the hit LGBTQ anthem, "Born This Way."

Bean released an original gay liberation song called "I Was Born This Way" in 1975. His autobiography of the same name was released in 2010.

Committed to advocacy of persons with HIV and AIDS in the earliest days of the epidemic, he was founder of the Unity Fellowship Church Movement. The denomination was meant to minister to LGBTQ persons shunned by other Christian denominations, especially as some lay dying of AIDS wanting the comfort of God in their last days.

Bean shared about his Baltimore childhood and his early embrace of the Church's work in the Civil Rights Movement. He talked about his mother's death from an abortion, being sexually abused by an extended family member, and being kicked out of the family for the allegation and for being queer.

"I attempted suicide and landed in the mental health ward of a big hospital," Bean told Vice.

Instead of going through electroshock therapy, which was the recommended treatment for homosexuality at the time, Bean met a pioneering psychiatrist that taught him to embrace his identity.

"There are many people like you. I can't do what your parents want, make you heterosexual, but I can help you accept who you are and go for your dreams," Bean recalled what the German doctor told him. "That gave me enlightenment and the chance to accept myself."

As a teenager, Bean found himself in New York's historic Harlem churches and discovered Black Renaissance icons in literature and music. He began to sing.

Barry Gordy discovered Bean's voice in Los Angeles and asked him to record "I Was Born This Way."

It became a hit.

When Lady Gaga reprised the message in her own LGBTQ anthem, Bean shared that it meant something that the music would change, even save, lives.