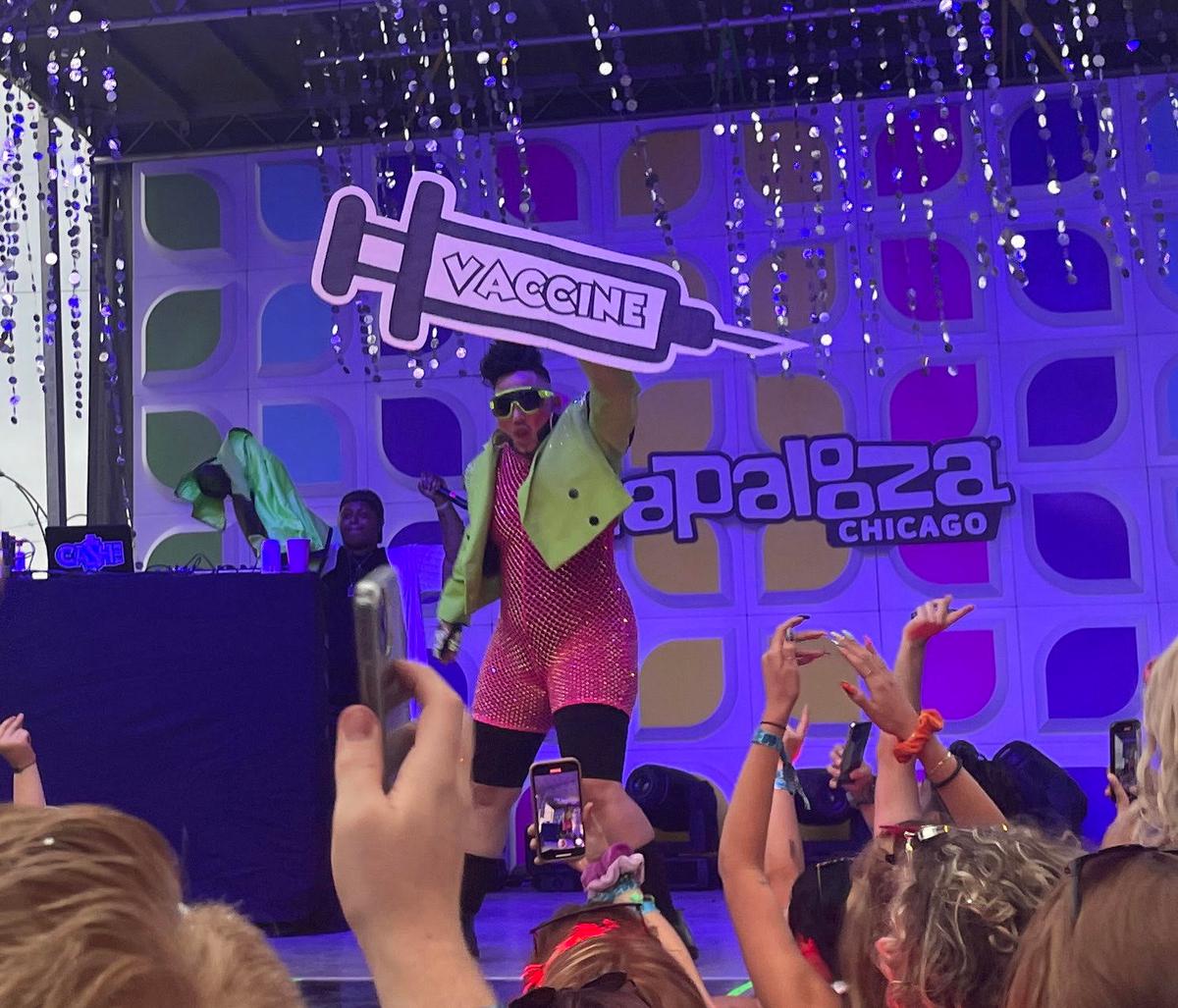 Performers have been hit especially hard during the COVID-19 pandemic

Drag king Tenderoni “brought the vaccine” to Lollapalooza this past weekend. His performance, complete with a large cardboard syringe, became a personal favorite of Chicago’s commissioner of public health.

Dr. Allison Arwady tweeted a video from the performance and commented:

“Turns out my favorite act at Lolla was this one! You're awesome, @Tender_oni!! Thank you for spreading the word to #ProtectChicago!”

“A shout out to one of the performers, drag king Tenderoni, who did his whole performance, his party was the party can’t start til we take the shot,” she told reporters. “If you have not checked it out, seeing performances like this was actually some of my favorite part of being there.”

Tenderoni, who has been an active member of Chicago’s drag king community and winner of Alaska 5000’s Drag Queen of the Year 2021, was a featured act on June 30 at Lollapalooza in Grant Park.

As part of his performance, Tenderoni took the opportunity to share the “get vaccinated” message with the audience, energetically dancing and lip-syncing to “Shots” by LMFAO.

“I was actually pleasantly surprised that she knew what a drag king was and that she used the correct pronouns for the shout-out,” she said. “I’m very grateful for the acknowledgement and happy that I was able to spread some awareness of the importance of getting vaccinated.”

The coronavirus pandemic and subsequent closing of bars and venues has hit performers’ pocketbooks very hard. So the “PSA” was personal for the 32-year-old performer “because it’s an important step to help us move forward.”

Felix started performing drag 5 years ago at Chicago’s Berlin Nightclub, which still remains closed due to the pandemic.

“If you are medically able to, please go for it,” Felix told GoPride.com. “We’ve been getting vaccines since we were kids, this isn’t a new thing. When is the last time you heard of someone having Polio or Measles or Mumps? Vaccines work.”

“Please mask up and stay safe if you are going out for Market Days,” she added.

Turns out my favorite act at Lolla was this one!????

First Drag King to get a national shout out from the Chicago public Health Commissioner!? pic.twitter.com/aUpGZ5PEsw
— Tenderoni (@Tender_oni) August 3, 2021