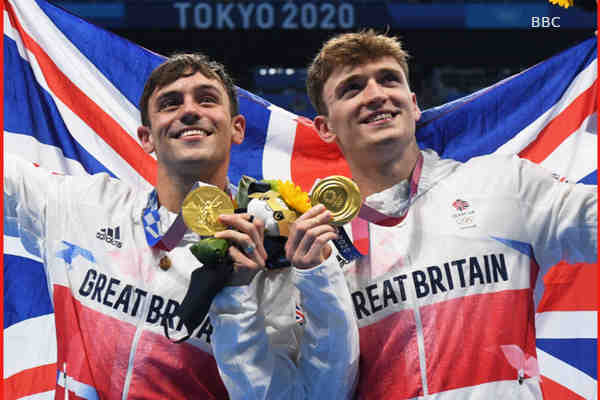 The win denies China a chance to sweep all eight diving gold medals at the Olympics.

"Daley and Lee performed a series of near-perfect dives at the fan-free Tokyo Aquatics Center, breaking the dominance of China, who have topped the podium at the last four Games," Reuters reported.

Speaking to the media, Daley, 27, said he was proud to be a gay man and Olympian, and offered support to struggling LGBT youth.

"I feel incredibly proud to say I am a gay man and also an Olympic champion," Daley said.

"In terms of out athletes, there are more openly out athletes at these Olympic Games than any Olympic Games previously. I came out in 2013 and when I was younger I always felt like the one that was alone and different and didn't fit. There was something about me that was never going to be as good as what society wanted me to be. I hope that any young LGBT person out there can see that no matter how alone you feel right now, you are not alone. You can achieve anything," he said.

Daley is raising one child with husband Dustin Lance Black, an American filmmaker.

"No words!" Black tweeted. "So so many tears! @TomDaley1994 you're an OLYMPIC CHAMPION! Congratulations Tom and @MattyLee!"