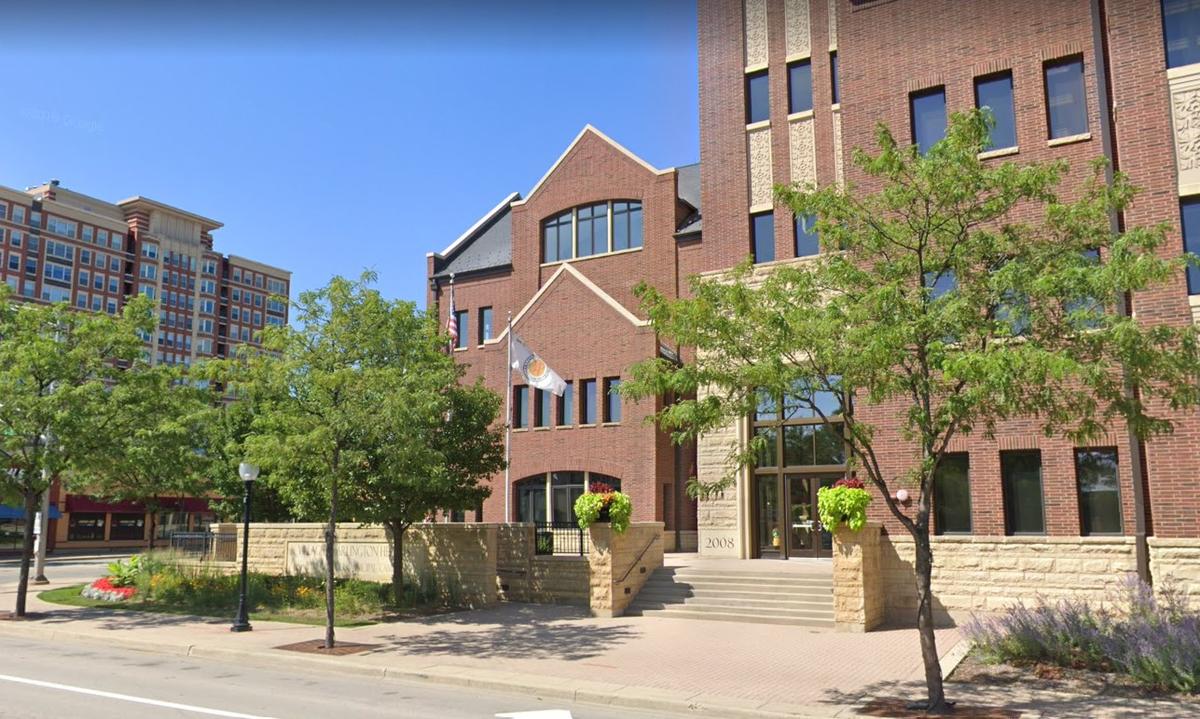 Exclusive flag policy is seen as homophobic and racist

In a 5-3 vote, the Village of Arlington Heights, Ill. decided it will not fly variations of the Pride flag nor display the Juneteenth flag on village property. This week, about a hundred supporters of diversity, equity, and inclusion (DEI) descended on the village hall to protest.

While some rallyers held variations of the Pride flag, others held hand painted signs that said "representation matters," "inclusion matters," and "stronger together."

Arlington Heights, the 13th largest municipality in Illinois, adopted a policy that limits which flags may be displayed on village-owned public spaces: the U.S. flag, state flag, village flag, and the black and white POW/MIA flag.

Among the demonstrators were Cook County Cmsr. Kevin Morrison and League of Women Voters president Heidi Graham. Cmsr. Morrison is the first openly gay member of the Board of Cook County Commissioners.

Graham pointedly addressed the village trustees, "We must ask the question of our leaders: Do you take diversity, equity, and inclusion seriously? [Is] spending taxpayer money [on a DEI project] just a rouse to look like you care about the voices of marginalized communities?"

"In passing the exclusive flag orginance, the Board of Arlington Heights has confirmed what many minorities in this community already knew. Despite recently passing a showy diversity, equity, and inclusion statement, when put to the test, some trustees remain apathetic and disconnected from the experiences of many of their constituents," Sparreo said.

"This ordinance creates a cascade of negative effects for minorities, businesses, and residents of our community. Their refusal to fly the Pride and Juneteenth flags ignores a simple yet powerful way to create an affirming and safe space in Arlington Heights," he continued.

"I cannot help but be troubled by the way the five straight white male trustees dismissed the reasoning and personal stories of minority villagers at the Board meeting claiming, 'It's not what the people of Arlington Heights really want.' And I'm embarassed by their disregard for their constituents' quality of life."

Sparreo noted that Arlington Heights opened Pride month with a proclamation celebrating it. The exclusive flag ordinance turned the proclamation into an "empty promise" or lie.

GoPride.com asked several trustees for comment but have not responded.