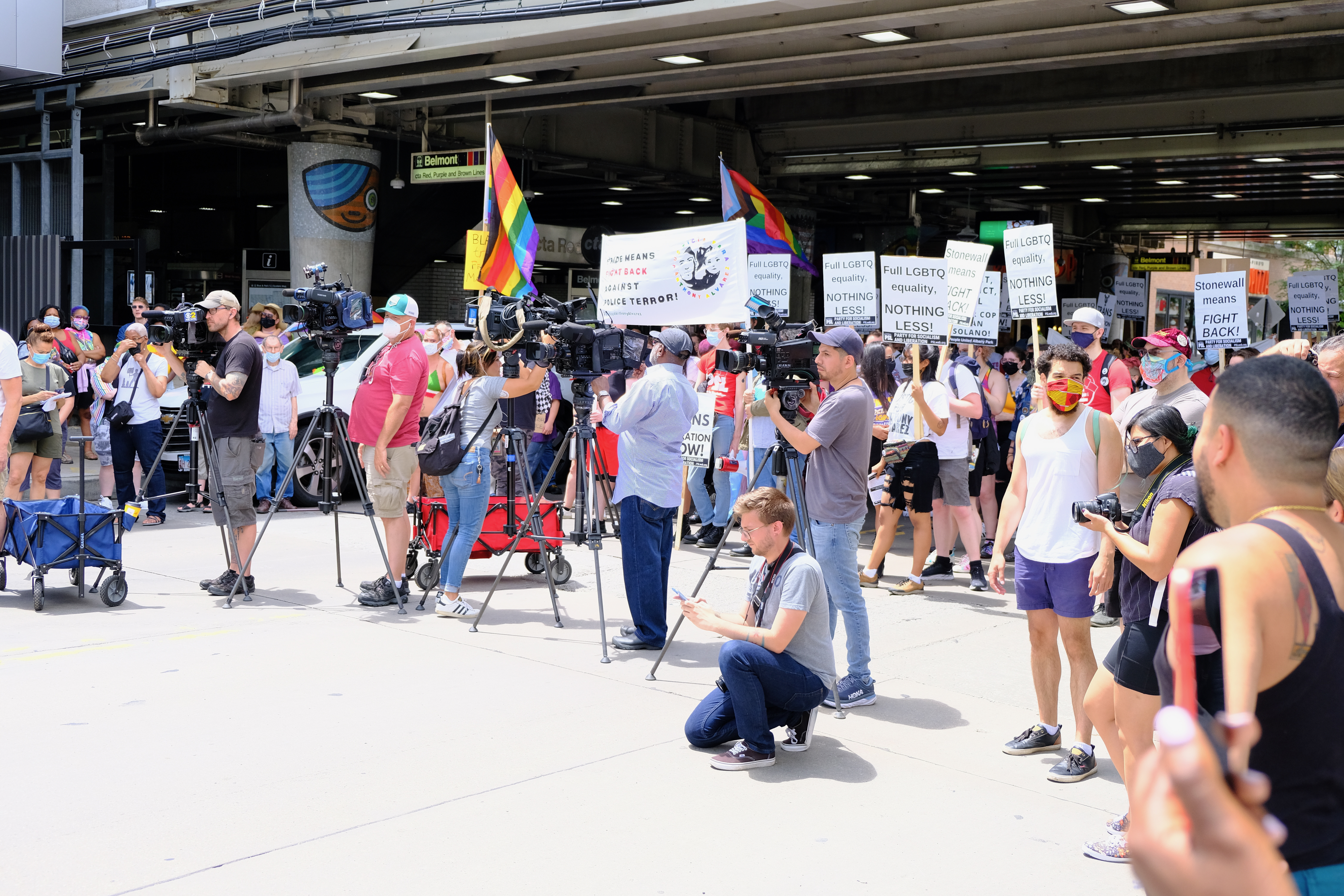 ‘Equality is what we are asking for,’ says Zahara Bassett

Member of Chicago's LGBTQ community took over the streets of Lakeview on Sunday to ensure their voices are heard.

“We are here again today to celebrate, to highlight, to uplift Black and Brown queer, trans people in this community,” said organizer Ashabi Owagboriaye.

A group of about 200, many of them of color, gathered at the Belmont 'L' station starting at noon.

The protest march, organized by Chicago-based Pride Without Prejudice, began with a series of speeches.

“Dear white people and gay men: our life experiences as trans women of color are not yours. We are not the same,” said Zahara Bassett. “I am a Black woman. I am a Black trans woman. You have no right to speak for us.”

“We are not looking to be marginalized or tokenized in your politics systemic racial agenda, workforce settings or corporate gatherings,” Bassett added. “Equality is what we are asking for.”

The protest, branded the “People's Pride" march by organizers, took place on what would have been the original Chicago Pride Parade date.

Organizers feel the annual Pride parade has become too commercialized and want to refocus the Pride conversation back to its origins - Black, Brown, and transgender pioneers who violently fought back at Stonewall.

“We're the closest you'll get to a Stonewall rebellion,” said Samer Owaida.

Following the speeches, protestors marched from Belmont up North Halsted where a majority of the city's LGBTQ bars are located.

"Out of the bars and into the streets," protesters chanted as a few people watched from the sidewalk and open bar windows.

The march then stopped outside the Chicago Police Department's 19th District, where they rallied against police violence.

Organizers have called for Chicago to defund the police.

Pride Without Prejudice plans to hold another rally on the West Side of Chicago on Wednesday, June.

This year's Pride parade has been rescheduled for Sunday, October 3 due to the pandemic.