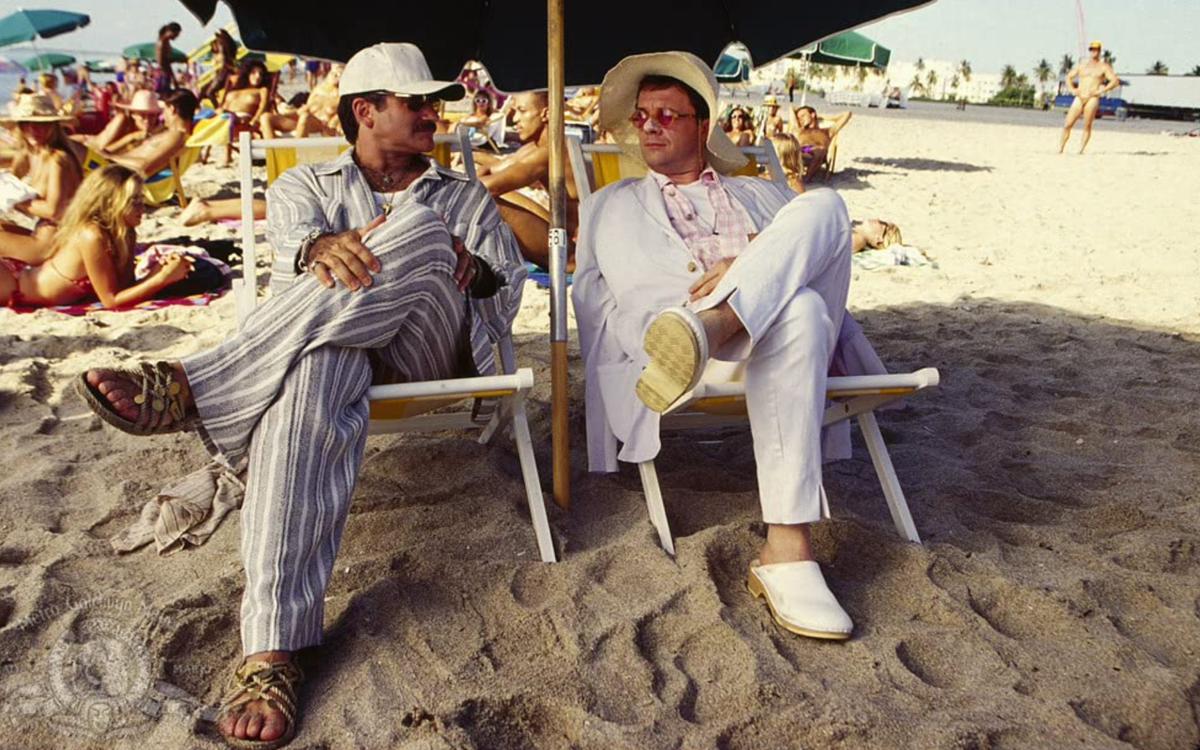 robin williams and nathan lane in the birdcage (1996)

The Birdcage returns to select theaters for Pride month

The Birdcage is based on the Jean Poiret play, La Cage aux Folles. It was directed and produced by the late Mike Nichols and released in Los Angeles and New York City on March 8, 1996.

Now considered a classic LGBTQ film, The Birdcage was radical for its time. And it sustained a place as the top-selling film for three weeks.

GLAAD—an LGBTQ organization that monitors the depiction of queer characters on stage and screen—said the film was one of the first genuine depictions of gay characters in a big budget film.

They said it went “beyond the stereotypes to see the characters’ depth and humanity. The film celebrates differences and points out the outrageousness of hiding those differences,” GLAAD said in 1996.

Robin Williams’ Armand Goldman owns a South Beach, Fla. Drag club called “The Birdcage.” He and his partner Albert—who is much more flamboyant and effeminate—live with a Guatemalan houseboy Agador Spartacus, played by Hank Azaria.

With Gene Hackman and Dianne Wiest as the Republican power couple Sen. Keven Keeley and wife Louise, the Goldmans and Agador concoct a plan to hide their gay identities during their visit to Florida.

Obviously, this all leads down a road of hilarity—and a lot of soul-seeking for its individual characters.

Tickets to the showing on June 27 are already available for purchase on amctheatres.com.

The movie is 2 hours and 5 minutes long.

It is Rated R.