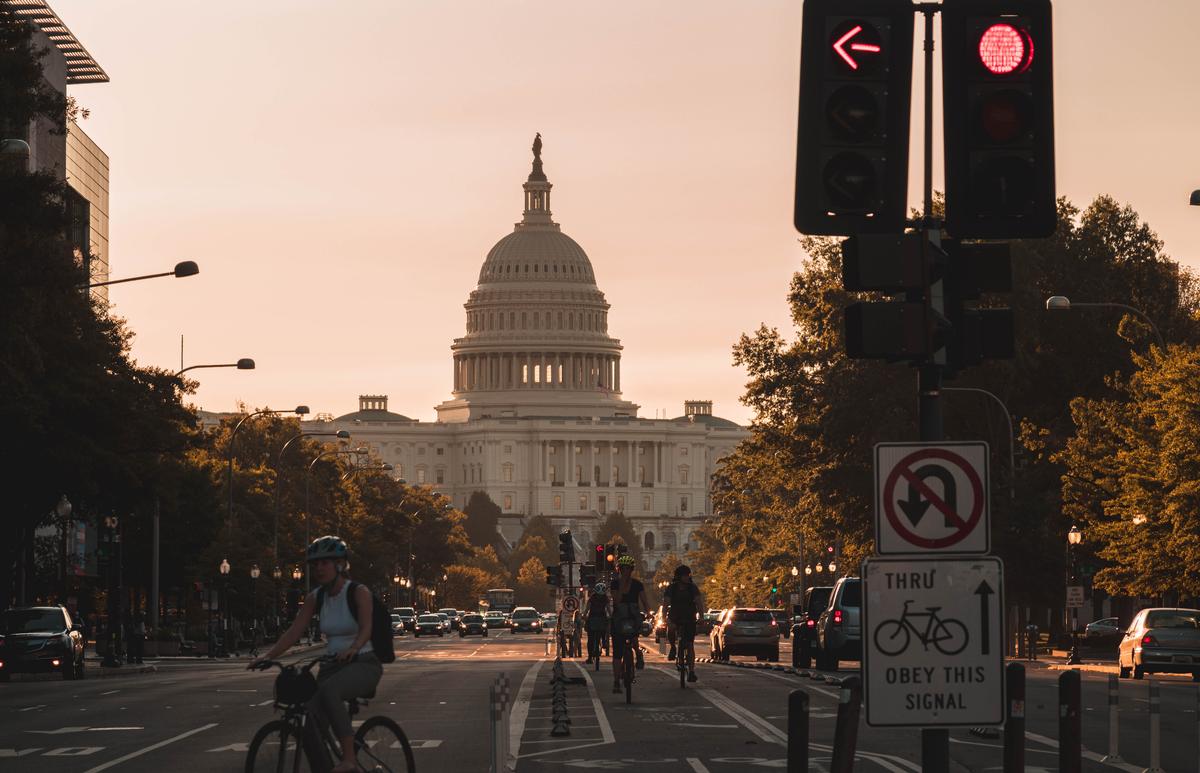 photo credit // andy feliciotti on unsplash
Washington, D.C. - Congress is poised to take action on the Equality Act, a sweeping new reform of the Civil Rights Act of 1964 that would finally prohibit discrimination on the basis of sexual orientation and gender identity in almost all matters of life. Recent studies found that most Americans do not realize that LGBT persons are not protected by federal law—allowing states and municipalities to create public policy that discriminate against them.

Rep. David Cicilline (D-RI) introduced the bill Friday with 223 co-sponsors. It would most notably protect LGBT persons in public accommodations and housing, schools, work, and banking. It would also amend the Fair Housing Act, Equal Credit Opportunity Act, the Jury Selection and Services Act, among other civil rights laws to do so.

Sen. Jeff Merkley (D-Ore.) will introduce the bill next week in the Senate.

“The patchwork nature of current laws leaves millions of people subject to uncertainty and potential discrimination that impacts their safety, their families, and their day-to-day lives,” the Human Rights Campaign (HRC) explained. “The need for these protections is clear—nearly two-thirds of LGBTQ Americans report having experienced discrimination in their personal lives.”

Kevin Jennings, CEO of Lambda Legal said, “Right now, there are protections in some areas and not others. There's protection in some states and not others. Literally, when you cross a state border in America, if you are LGBT, you may be losing some of your rights.”

The legislation would also add protections to other historically marginalized minorities by expanding what public accommodations are, in law, reflecting where people gather and receive goods and services in present-day America. This would include retailers and banks, and services provided by companies like Amazon, Lyft, and Uber.

“The nonpartisan Public Religion Research Institute (PRRI) found that nationally, support for a bill like the Equality Act topped 70 percent, which includes a majority of Democrats, Republicans, and Independents,” HRC explained the broad bipartisan support for the law's passage. “More than 60 business associations including the Business Roundtable, National Association of Manufacturers, and U.S. Chamber of Commerce have also followed suit endorsing the Equality Act.”

A host of civic organizations, including the largest civil rights advocacy groups like the American Civil Liberties Union, Anti-Defamation League, and the National Association for the Advancement of Colored People.

Of course, it also has its detractors—especially those who oppose homosexuality from a religious perspective, like the United States Conference of Catholic Bishops (USCCB) and the Southern Baptist Convention.

The Catholic bishops said, “Instead of respecting differences in beliefs about marriage and sexuality, the Equality Act would discriminate against people of faith.”

They also explained, “Girls and women [will] compete against boys and men for limited opportunities in sports, and to share locker rooms and shower spaces with biological males who identify as women.”

Religion advocates are signaling to their members that this law would force religious organizations to employ and give aide to people that defy their religious teachings—like LGBT persons.

“The way that they've written it doesn't rule out the possibility that a religious school or even a church in some of its functions might be deemed to be a place of public accommodation,” Alliance Defending Freedom senior counsel Gregory Baylor told The Christian Post. “There is some concern that even a church could be deemed a place of public accommodation for an event that's open to the public.”

First proposed decades ago in various forms, the most recent legislation was first introduced in 2019—passing in the House in a 236-173 vote. Senate majority leader Mitch McConnell (R-Ky.) sat on the bill and it did not move forward. President Donald Trump signaled at the time he would veto the bill.

President Joe Biden, who issued an LGBT non-discrimination executive order on his first day in office, intends to sign the Equality Act into law.