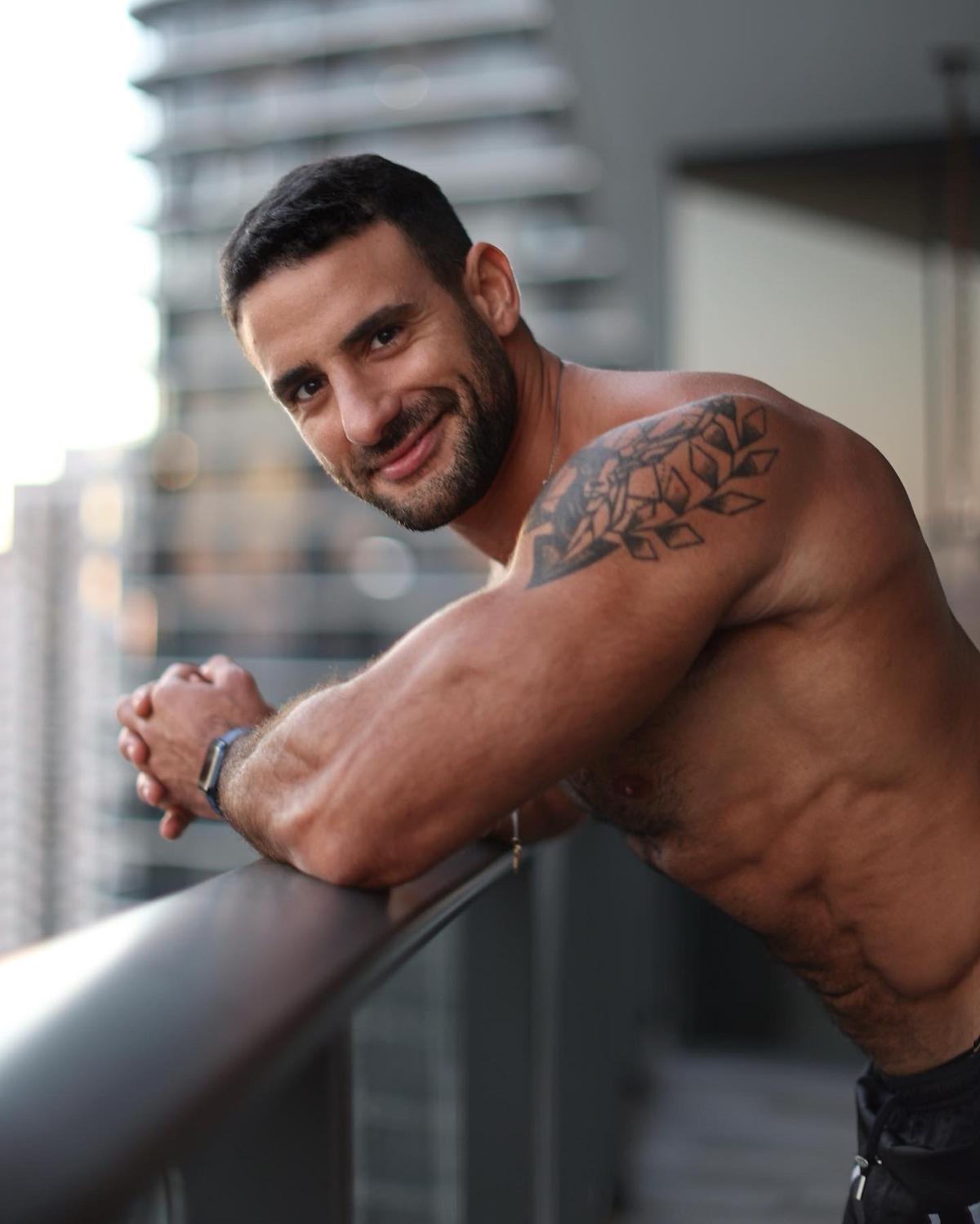 photo credit // provided
Eliad Cohen has endured and reinvented himself in 2020, which he tagged as a “really, really challenging” year, both personally and professionally.

The worldwide pandemic immediately shut down Cohen’s world. After all, the muscle-packed Israeli is the founder of Papa Party that he launched years ago in association with Tel Aviv Gay Pride. Papa Party has grown into one of the biggest, most well-attended events for the LGBT community worldwide. Events under the PAPA Party brand always showcase world-renowned DJs, over-the-top performances, amazing production, and more.

Papa Party ?has soured well beyond Cohen’s native Israel, with past parties in more than 30 countries, from all around Europe to North and South America, to Australia.

“I tried to make the best of the year,” said Cohen, who, for the first time in about a decade, was not flying around the world for the sights and sounds of the circuit scene and more.

“I enjoyed being home, having a set routine, waking up in my bed, cooking breakfast, going to the gym, etc.”

The travel woes of forgetting what city or even what country he was waking up in were gone for Cohen in 2020. He now, for the past year, has lived in Miami after calling Los Angeles home.

The party life will be back in 2021 – be it a Friday night delight at Hydrate Nightclub in Chicago’s Northalsted neighborhood, or a multi-day mega-event somewhere around the world. The only question is, when.

No one has that answer.

“People are so ready to go back to parties, go out, hear good music, and just have fun,” Cohen said. “What I know (how) to do and what I love to do is, to see people happy and having fun – and I miss that, especially after this year. People are going through so much, yet I know I can help people disconnect, even if it’s just for a few hours. That means the world to me.

“As soon as we’re able to get back at it, when the vaccine is more readily available, etc., we are going to come back bigger than ever.

“People are starving for parties. People want to enjoy life, especially after 2020.”

Without the party life, Cohen in 2020 focused his drive elsewhere and, not surprisingly, hit a few home runs.

Cohen also in 2020 ventured into a new clothing line. Massbranded, the high-end men’s streetwear label created by Puerto Rico-born fashion designer Mass Luciano, teamed with Cohen for a new athleisure collection for the urban man on the go called, “Massbranded for Eliad Cohen.”

Inspiration for this collection was drawn from the military backgrounds of both Cohen, who served three years in the Israeli Defense Forces, and Luciano, who grew up in a military family.

Also in 2020, Cohen released the gay-driven song and video, Rough – a sensual and sweet love story between Cohen and Mexican artist Santiago Garza, trying to capture the freedom and the fear of losing someone beloved.

“I love the result,” the song and the video, Cohen said. “(The song) is a love story between two guys, (when) things get rough and nothing is perfect.”

Garza has a long history in the music industry, with more than 30 years under the stage name Pegaso. Rough is Garza’s first song recorded entirely in English, made with the influence of deep house music.

The video was shot in Miami with scenes on the beach, in an apartment and elsewhere.

Rough has already been viewed more than 255,000 times on YouTube in less than its first month.

“The hardest thing for me from 2020 is missing a hug from my mom,” who lives in Israel, he said. “She always brings me back to, Who’s Eliad? I know it’s important to never forget where you came from or who you are.”

So, who is Eliad Cohen – beyond the spotlight?

“I always like to say, I’m just a normal guy living in a crazy world, with crazy work,” he said. “So, when I’m not working, I like being home, relaxing, chilling with family and friends.”

Cohen has never been to the Windy City, but said he wants to visit – just not in the winter.

“It’s freezing there,” he said, laughing. “But I’ve heard Chicago is amazing.

“When I think of Chicago, the first thing that comes to my mind is the Chicago Bulls basketball team. The city always looks impressive in photos, with great architecture and a city that is very cosmopolitan.”

He also wants to visit Soho House Chicago, a private six-story house in the Fulton Market District that is a hub for local artists, musicians and producers, with a rooftop pool, gym and screening room for members, plus several restaurants and more.

“I hear (Northalsted) Market Days is an amazing event,” he said. “I hear people from Chicago are super nice, super friendly … with very good-looking guys.