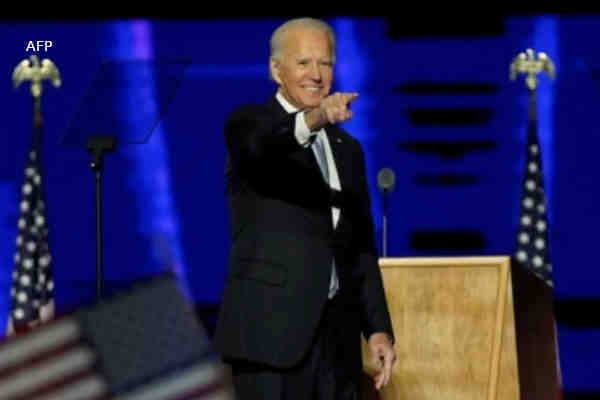 According to a poll released last week, a large majority of LGBT voters voted for President-elect Joe Biden.

The survey of 800 LGBT voters was commissioned by GLAAD and conducted November 9-14 by Pathfinder Opinion Research.

Early exit polls showed Trump with a larger share of the LGBT vote. The New York Times reported Trump received 28 percent of the LGBT vote – doubling his share since 2016 – and Biden received 61 percent.

GLAAD pointed out that the exit polls conducted by Edison Research for the National Election Poll had a smaller sample size of 250 LGBT respondents and a higher margin of error (+/-7%).

"The Edison exit poll data was collected in person on Election Day as well [as] with early voters over the phone, a nontraditional combination of collection methods due to the pandemic and to account for mail-in voting," GLAAD said in announcing its results.

Respondents were also asked what was the most important issue that affected their vote. Fifty-four percent answered COVID-19, while healthcare (25%), racial justice (22%), LGBTQ equality (21%), jobs and economy (18%), and the environment/climate change (16%) were also top of mind.

Thirty-six percent of respondents also said that a close friend or relative had tested positive for COVID-19 and 29 percent said that they had lost a job or had their hours reduced as a result of the pandemic.

Seventy-eight percent rated Biden "excellent or good" in addressing LGBT issues during the campaign, while 80 percent rated Trump "not so good or poor."

"GLAAD's poll confirms the impact of the LGBTQ vote as a deciding difference in the 2020 election, especially first-time LGBTQ voters who led a powerful surge of support for the pro-equality ticket," said GLAAD President and CEO Sarah Kate Ellis. "LGBTQ voters also revealed the devastating challenges they're facing in the COVID-19 crisis and as healthcare is debated in the out-of-control pandemic, as well as the demand for racial justice, issues that led the way for the entire LGBTQ community. These issues reflect the compassion and intelligence of LGBTQ people, and the importance of intersectionality to the LGBTQ community and to America as a whole – that with a diversity of differences in age, race, gender and economic status, we can and will unite as a powerful voting bloc for change – and achieve it."