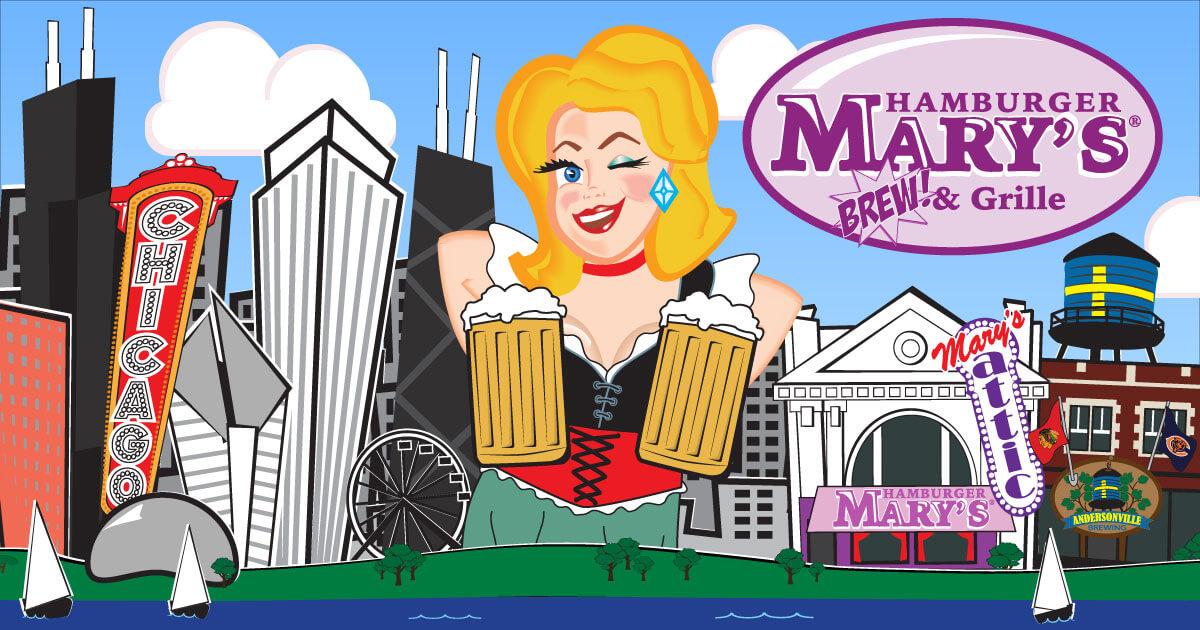 On Facebook, owners Ashley and Brandon Wright reported, "We are sad to announce that Hamburger Mary's will soon be closing its doors in Andersonville for the last time. Our final day of business will be Sunday, November 1."

"We've enjoyed serving the community and providing a safe place to 'Eat, Drink, and be Mary'" the post continued.

The bar and restaurant originally planned to move from their current location, 5400 N Clark, at the end of the year, but the Covid-19 pandemic led to the decision of an early closure instead.

More than 50 restaurants in the Chicago area have permanently closed their doors because of the pandemic, according to a report by the Chicago Tribune.

The Hamburger Mary's Facebook post ended on a potentially good note for a re-opening in a new location; "We feel it's best to wait until spring before we look for a possible new space. So keep your eyes and ears open, Chicago!"

Wright (Ashley) wrote in a social post, "It's been a wild ride these past 14+ years. Lots of ups and downs (mostly ups). I'd like to think the ride isn't over yet, so we'll see what the future holds."

Originally from Atlanta, the Wright twins are also part-owners of the brand nationally. The original Hamburger Mary's was the brainchild of a small group of hippies living in San Francisco in the early 70's. It was founded as "an open-air bar & grille for open-minded people."