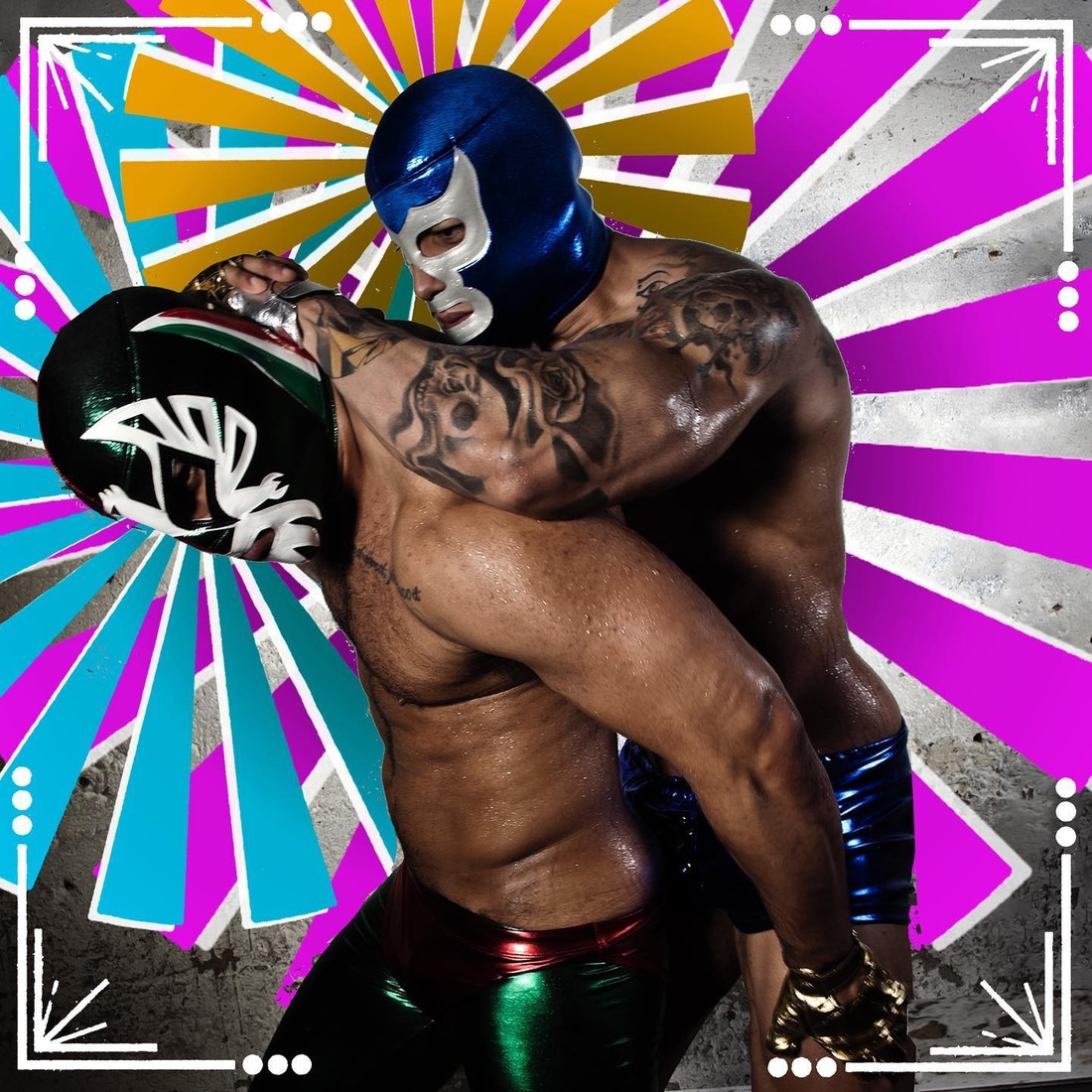 Neverland is jumping into the ring with its first-ever professional wrestling-themed dance party.

Tickets are for sale at NeverlandPride.com or in Boystown at Men's Room.

"I grew up on professional wrestling, then wrestled throughout high school, so this theme means a lot to me," Anthony DiFiore, founder and president of Neverland Events & Artist Management.  "What I love about pro wrestling is, it's like a soap opera for guys. It has the drama, the character development, the sex appeal, while mixing in an athletic component.  It felt like the right choice for a Pride theme; something colorful and sporty, and something Neverland has never done before."

Neverland's photoshoot for Neverluchador was held in the basement of Jackhammer, with photographer inkedKenny and models Wellington Nascimento and Rick Oliveira.  "It was our first time working with Kenny, and he was amazing, a real class act and very professional," DiFiore said.

"We're really excited to be back at Metro, the 1,100-person concert hall," DiFiore said.  "We're at The Metro twice a year, for Pride and Market Days. If you've only ever been to a Neverland (dance party) at Fantasy Nightclub, it's definitely worth coming out to one of our Metro events."

For more information, go to NeverlandChicago.com.