Everything you need to know for Chicago Pride Fest 2019 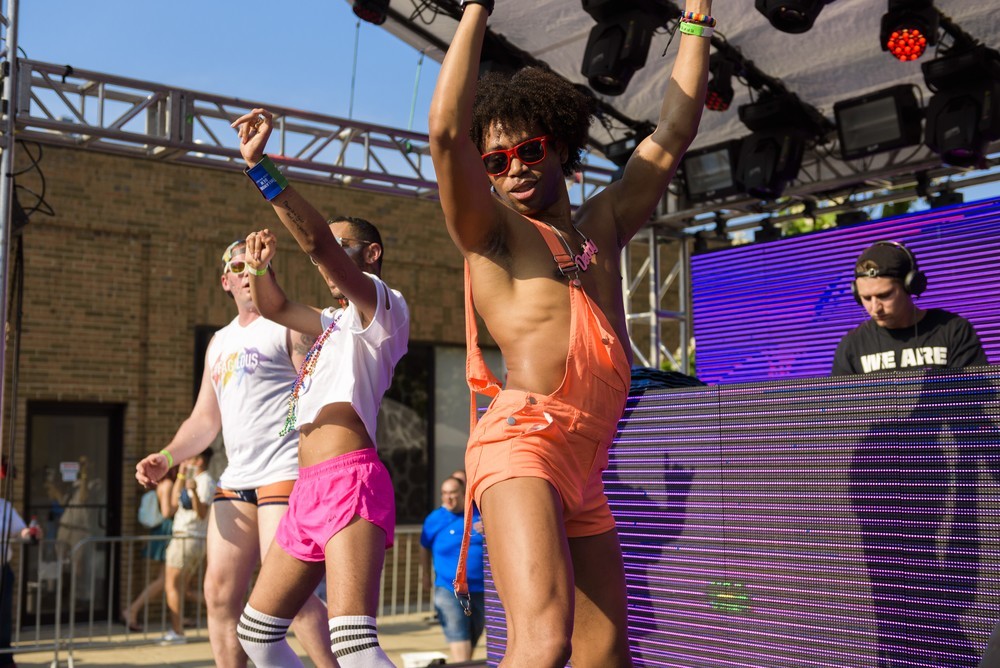 Opening at 11 a.m. on Saturday, the two-day street festival turns North Halsted Street into one enormous Pride party with 2 entertainment stages, plus a dance music stage featuring some of Chicago's favorite DJs and drag queens. Plus a whole lot of queer and queer-friendly folks in attendance.

One word: Boystown! Once there, follow the herd of excited revelers, or the gaggle of drag queens, or just follow the music. But seriously, Pride Fest is located on North Halsted between Addison and Grace. Gates open both days at 11 a.m. and close at 10 p.m.

Is there a charge for admission?

Not officially, but a $10 donation is suggested. Your donation will support the Northalsted Business Alliance, which hosts major events throughout the year including Chicago Pride Fest, Northalsted Market Day, the Halloween Parade and Frost Fest, and will go towards keeping Boystown safe and fun for all.

What acts are performing?

We can't forget Chicago's own bands who will represent, including the all-girl band Catfight and local favorites 16 Candles.

And of course, what's a festival without drag queens and female impersonators!

Is there's a complete schedule that I can look at?

Yes, check it out here!

Are there other things to do or see?

If people watching is your thing, grab a refreshment watch the throng of festival attendees. With over 50,000 people expected to attend, there will be no shortage of eye-candy for sure.

In addition to the live entertainment, Pride Fest will include 60 arts and craft vendors, as well as sellers of unique merchandise tailored to the LGBTQ community.

I hear bears will be at Pride Fest, will there be other furry animals?

We hear bears, cubs and otters will be at the festival too. But if you're not into two-legged furry animals, there will be a fun event for the four-legged kind. The always popular Pet Pride Parade hosted by Miss Foozie is on Sunday, June 23, at 12:00 p.m. Registration begins at 11:30 a.m. at the North Stage.

Will there be a Pride Parade?

Gay pride without a parade is like a gin and tonic without the gin ... bitter! The 50th annual Chicago Pride Parade will be held the following Sunday, June 30, at noon.

What should I wear?

We're still waiting on summer to arrive, so dress accordingly. There is also rain in the forecast. The festival is open rain or shine, but keep in mind severe conditions may delay or cancel performance. Check the forecast before heading out!

#ChicagoPrideFest is the official hashtag for Northalsted Business Alliance, the event organizers.

We want to see all of you using it! If you want to reach GoPride.com we are @GoPride on Twitter and Instagram. #gopride

How do I get there? Should I drive?

Pride Fest is easily accessible by public transportation, and attendees are encouraged to take CTA to the festival.

CTA Red Line stops Addison and Sheridan are a short walk from the festival, as is Belmont, which is served by the Red, Purple and Brown lines.

Halsted Street between Addison and Grace will be closed from 9 a.m. Friday, June 21 to 4 a.m. Monday, June 24. And there are numerous parking restrictions, so watch where you park.

Anything else I should know?

No large bags/backpacks allowed, all bags will be inspected prior to entry. No coolers or outside beverages. Clear plastic sealed bottled water is allowed.